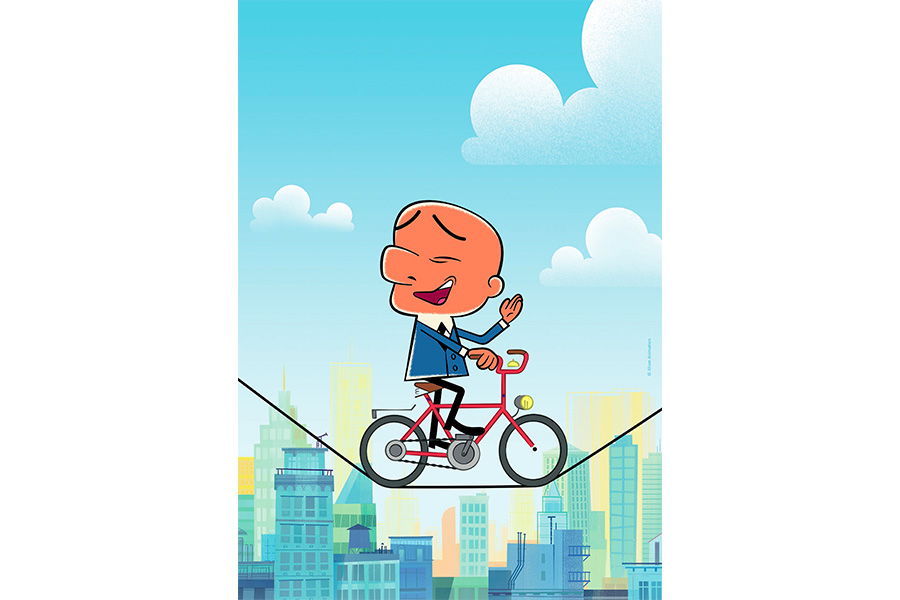 Starting with the French and UK markets, Mr Magoo will also be a key merchandise priority for Xilam.

Xilam Animation has secured a slate of global broadcast sales for its hilarious new 2D animation series, Mr Magoo (78 x 7’), based on the hugely successful classic cartoon of the same name. The series is currently in production and will start airing from late 2018.

Turner has picked up Mr Magoo in France, French and English-speaking Africa, the Middle East, Israel, Turkey, Germany, Austria, Switzerland and Central & Eastern Europe for its Boomerang channel, while Discovery Kids has acquired the series for Latin America. In Europe, the show will also air on Super RTL in Germany, VRT and RTBF in Belgium, SIC K in Portugal, alongside RTVE in Spain and RTS in Switzerland.

These new partners bolster the existing line-up that includes CITV in the UK, in addition to Discovery and DEA Kids in Italy. Xilam’s Mr Magoo was originally commissioned by France Télévisions, with Cartoon Network Asia also on board as a broadcasting partner.

The fresh take on Mr Magoo will target kids aged 6-11 years and follows the eponymous disaster-prone senior who first appeared on screens to delight young audiences nearly 70 years ago. Mr Magoo will continue to cause just as much chaos as before – mainly because he forgets to put his glasses on.

Morgann Favennec, EVP Global Sales Development at Xilam Animation, said: “We’re delighted to be significantly expanding the broadcaster line-up for Mr Magoo, establishing a strong global footprint for this fantastic new show ahead of its eagerly anticipated rollout. The calibre of the partners we are securing is testament to Mr Magoo’s universal appeal and we’re confident that the show’s warmth, slapstick humour and hilarious antics will strike a chord with a new generation of kids, along with fans of the classic series.”

In the neighbourhood, everybody loves Mr Magoo – the lively, kind-hearted and cheerful guy always happy to give a helping hand. But beware – he also causes disasters! Without his glasses, he mistakes his surroundings for other places, gets people mixed up, and wreaks havoc everywhere he goes. All his neighbours have kindly adjusted to his uniqueness…except for one: a megalomaniac hamster by the name of Fizz whose sole goal is to have all of humanity recognize his tremendous genius. He’s determined to leave his mark on history, but somehow Magoo always interferes, forever thwarting Fizz’s crazy plans!

Mr Magoo has been adapted by Olivier Jean-Marie from John Hubley’s original series, created in 1949. The new series is directed by Xilam’s Hugo Gittard.