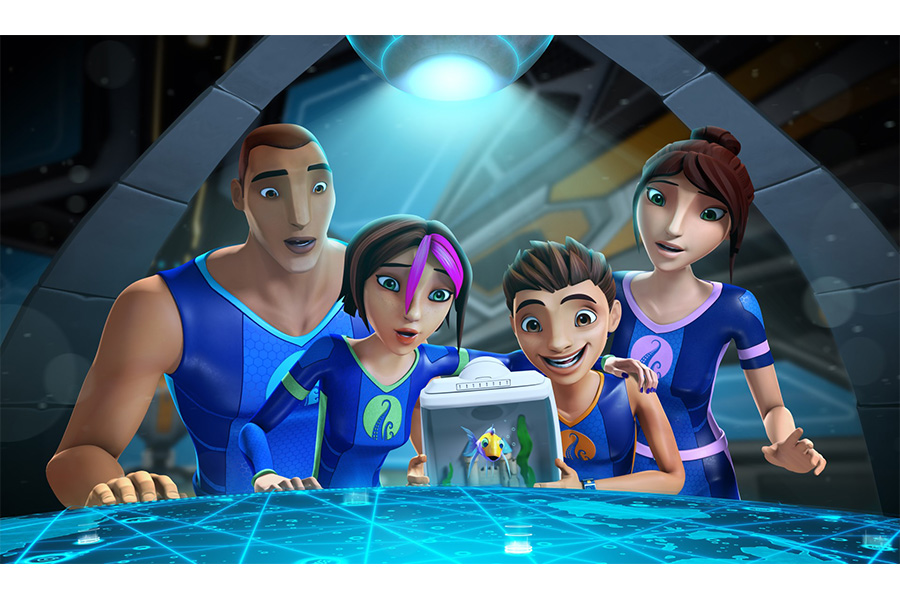 Tags from the story: DHX Media, The Deep.

DHX Media (or the “Company”) (TSX: DHX, NASDAQ: DHXM), a global children’s content and brands company, is pleased to announce that it has struck ten new distribution deals for the hit family series, The Deep, bringing the total number of broadcasters and streaming platforms for the CGI-animated underwater adventure series up to 40 globally. The news follows a 2018 BAFTA (British Academy of Film and Television Arts) nomination for best International Animation for season two of The Deep, co-produced by DHX Media and A Stark Production.

New deals for season three of The Deep, which was commissioned by ABC Australia earlier this year, have been struck by DHX Media with CBBC (UK), Super RTL (Germany), VRT (Belgium), NRK (Norway), KidsZone(Baltics), S4C (UK and Wales), SVT (Sweden), and TVP (Poland), in addition to previously announced deals with Netflix (worldwide) and Family CHRGD (Canada). DHX Media has also signed two new distribution deals for seasons one and two of The Deep, with France Televisions (France) and RTP (Portugal). Seasons one and two of The Deep air in 190 countries.

“From the moment it premiered, The Deep has resonated with kids and families for its wonderful animation and strong storytelling,” said Jerry Diaz, VP Distribution, DHX Media. “The series continues to generate strong sales into markets around the world, and the talented creative team behind The Deep have done an amazing job on season three, delivering a great new set of adventures for broadcasters and streaming platforms to share with audiences.”

← The new trailer for “Godzilla: King Of The Monsters” UglyDolls expands worldwide →