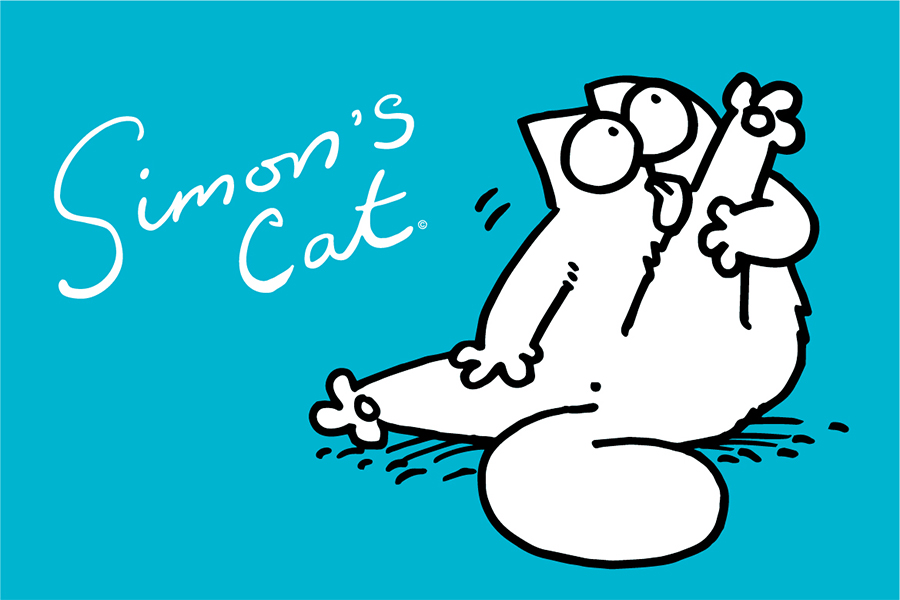 There are also Christmas options, including a sweater reading: “All I Want for Christmas is Mew”.

Simon’s Cat, adored animated YouTube character, announces the launch of its Merch Shelf feature on YouTube. Just as the brand has hit 1 billion views on its channel, for the first time, fans of one of YouTube’s most popular pets can shop while they watch, directly under videos.

YouTube and Teespring recently announced the expansion of their merch shelf feature in Europe, giving content creators the opportunity to sell custom merchandise directly under their videos. The feature was launched in the US in June, which saw click-throughs grow to 30% greater than all other traffic sources, a place where creators can get closer to their viewers by offering them convenient access to products they have made themselves.

Simon’s Cat, features the mischievous and often hilarious antics of a fat white cat and his owner Simon. The YouTube channel has reached 4.8 million subscribers, 1 billion views, 6 million Facebook fans and 1 million Instagram fans, proving him to be one of the most popular cats on the YouTube scene. In an industry where pets become social media stars, earning their owners an income that would make some of the biggest social media stars envious, this beloved cartoon is taking a step further in to the merch industry which is currently worth $263 billion.

Simon’s Cat will be offering fans a diverse range of t-shirts, hoodies, jumpers and baby grows.

Simon’s Cat was created by award-winning illustrator, animator and director Simon Tofield. First seen on YouTube in 2008, the series celebrates its 10th Anniversary this year. Simon’s Cat is a worldwide phenomenon topping one billion views on YouTube from audiences in over 100 countries.