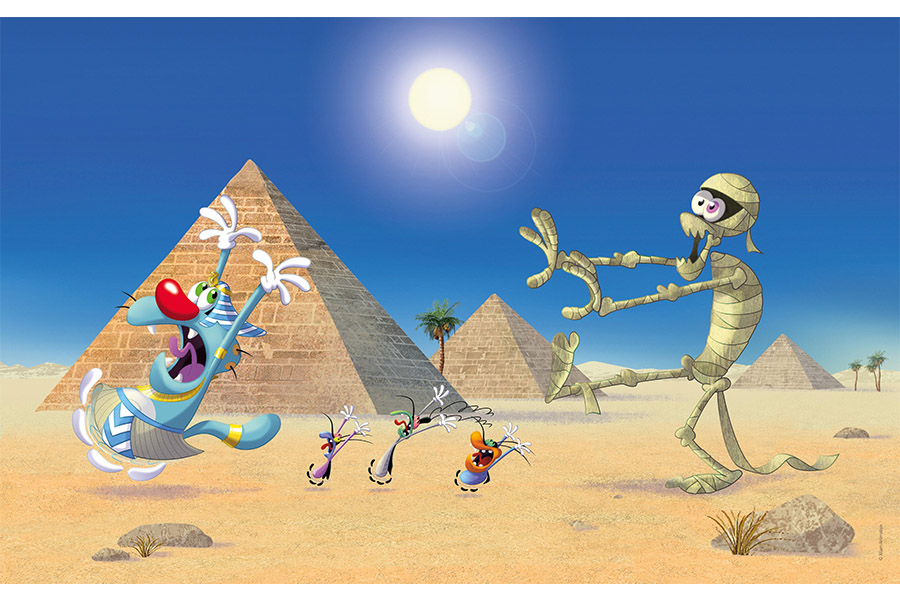 Xilam continues to bolster its success in Asia with sales and package deals secured in China, India and Thailand.

French animation studio, Xilam Animation, has secured a raft of new distribution and multi-platform broadcast deals in China, India and Thailand across its portfolio of globally successful kids’ properties.

Following its acquisition of the first season of slapstick comedy Zig & Sharko currently available on iQIYI, Chinese distributor Jetsen Huashi TV has picked up the digital rights to the show’s second season. Jetsen Huashi TV has also acquired two seasons of A Kind of Magic, Xilam’s animation based on character designs by illustrator Arthur de Pins.

In a further deal for the Chinese market, local kids’ entertainment company, UYoung, that holds the exclusive local distribution rights to Xilam’s first preschool series Paprika and wildlife documentary series If I Were an Animal, has secured a deal with iQIYI for both series.

In India, Xilam is building on its long-standing partnership with Nickelodeon as the channel has acquired the third season of Zig & Sharko, following its successful debut at MIPCOM 2018, in addition to renewing the show’s first two seasons. Xilam’s flagship property, Oggy and the Cockroaches, also continues to be a tremendous success in the market and is one of only two international series to be ranked in the top ten shows for kids aged 2-14 years.

In Thailand, Xilam has inked a package deal with leading cable satellite TV provider, True Visions, which will see Paprika air on True Spark Play channel and its popular kids’ series Floopaloo, The Daltons and A New Kind of Magic on True Spark Jump!.

Céline Carenco, SVP Media Distribution, Asia-Pacific, Northern & Eastern Europe at Xilam Animation said: “At Xilam we’re in a very fortunate position to have a wealth of shows with strong universal appeal, thanks to the humour, fantastic characters and engaging storylines that runs through them all. The Asian market is of increasing importance to our business and we’re thrilled be building on our existing success by introducing even more of our content to young fans and families, across both linear and streaming platforms.”