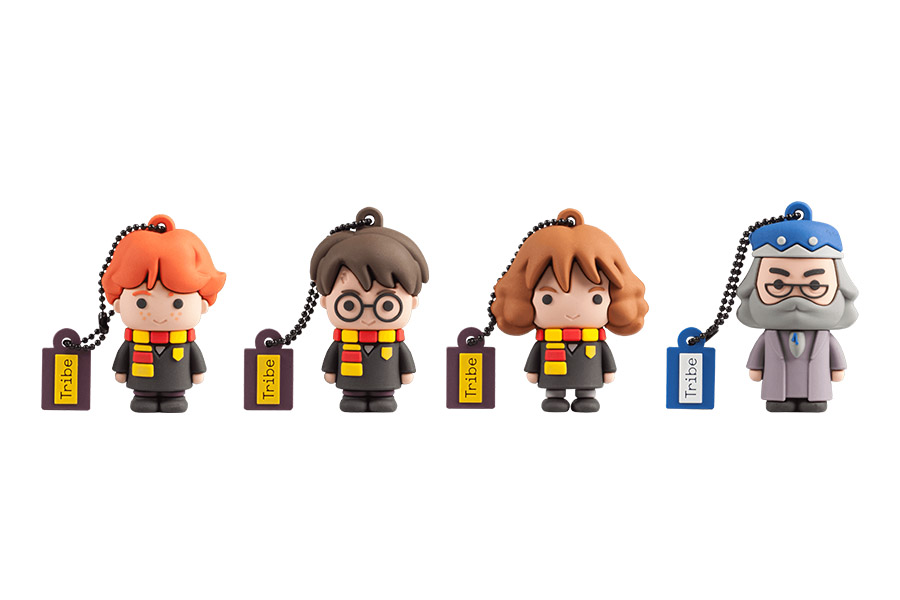 Given the great success of the DC Comics products by Tribe, Warner Bros decided to entrust the production of USB sticks and tech accessories inspired by the Harry Potter saga to the Treviso based company.

Tribe, Maikii’s retail brand, has closed an important agreement with Warner Bros for the production and distribution in Europe and America of tech-inspired products to Harry Potter. To inaugurate the collection, Tribe chosed to develop the popular three-dimensional USB plugs that portray Harry Potter, his friends Hermione Granger and Ron Weasly, and Principal Albus Dumbledore. The launch takes place on the occasion of the release of the film Fantastic Animals 2: Crimes of Grindelwald, the second part of the lucky spinoff of Harry Potter, whose screenplay is signed by the author of the novels J.K. Rowling.
Tribe then became part of the extraordinary universe made of magic and boundless imagination started in 1997, the year of publication of the first book of a saga destined to enter the hearts of millions of people. During this journey made of discoveries, friendships and struggles between good and evil, many readers grew up with Harry Potter. However, its success has passed through the generations and today, groups of new enthusiasts are discovering its magic.
The USB sticks created by Tribe are therefore dedicated to fans of all ages and portray the characters in the iconic uniform of Hogwarts, the school that hosted the events of the three students – with the scarf in the colors of Gryffindor – and their distinguished professor.
In the design proposed by Tribe, the Z scar on Harry’s forehead and his unmistakable round glasses, Ron’s freckles, Hermione’s rebellious tufts and Dumbledore’s thick beard do not go unnoticed.
These USB sticks have a 16 GB memory chip. Their public price is € 19.99.
Tribe products are sold in the best concepts, in electronics stores, toys, stationery and now also in the Urban Outfitters stores. They are also available online on storewww.tribe-tech.com, on numerous e-tailers and on Amazon.