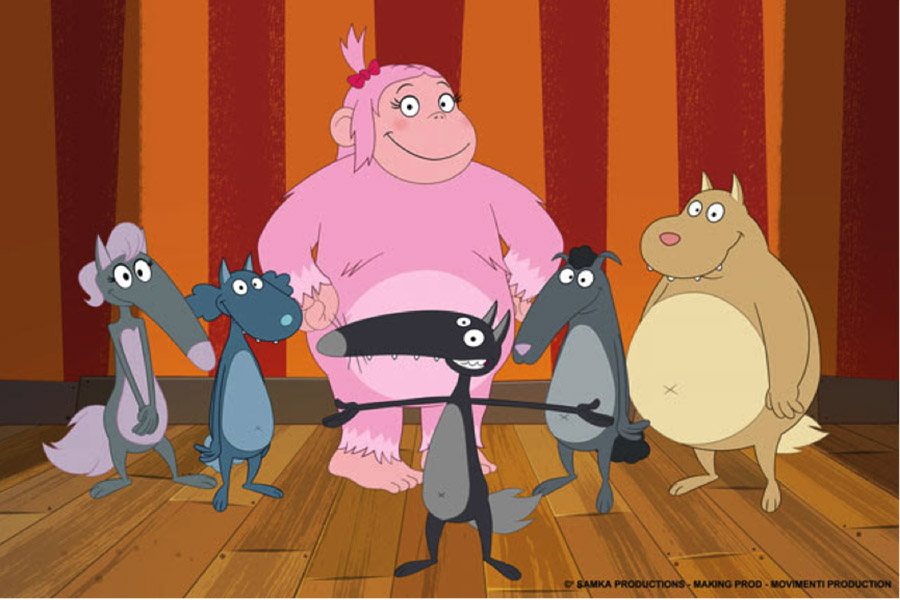 Le Loup is a hero always ready for adventure, naive, susceptible but with a tender heart. The protagonist of a series of books that has become a small editorial case, with over 200 thousand copies sold in Italy, has now arrived on TV from Tuesday 27 November, on TV every day at 7.45 am on Rai Gulp, in the first ever new series in animation dedicated to him.
A co-production by Rai Ragazzi with the Milan based studio, Movimenti Production and the French Samka Production and Making Prod is a series of 78 episodes of 7 minutes for young children.
No challenge is too great for Loup, no insurmountable obstacle, because he always has an idea. And if one day like any other can turn out to be a fantastic adventure … then so much better! Is there a problem? Did one of his friends get hurt? Someone is bored? Have your friends argued? Le Loup immediately proposes an always simple but ingenious solution, something obvious but at the same time surprising. And it works! Lupo is a small genius who always tries to improve the lives of his friends, and of course they are enthusiastic, but often Wolf is not satisfied with the result.unto his enthusiasm is endless, his desire to do something even better, in way even more beautiful, it is great … And this is where things get out of hand or take an unexpected turn, dragging Wolf and his friends in a new adventure. But of course you immediately come up with a new plan.
The TV series is taken from the homonymous book series by Orianne Lallemand and Eléonore Thuillier, published by Les Editions Auzou in France and Gribaudo Editore in Italy, which publishes it from Christmas 2011, reaching this year the sales record with 10 thousand copies in just few months.