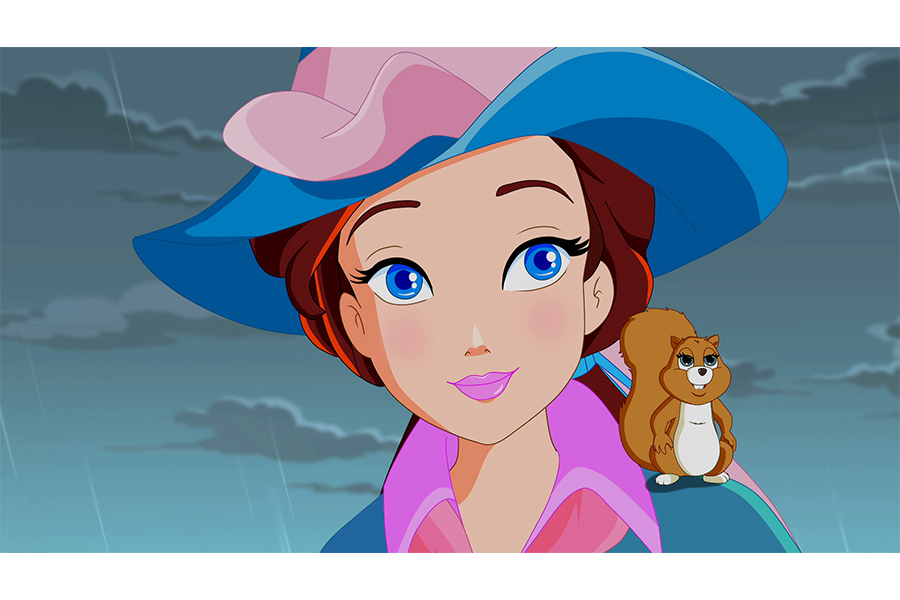 Respected consultancy to work with Mondo TV brand in Germany, Austria and Switzerland.

Mondo TV, one of the largest European producers and distributors of animated content, has announced the appointment of Active Merchandising as licensing agent in Germany for its popular animated TV show for four-to-eight-year-olds, Sissi the Young Empress.

Active Merchandising will manage licensing activities for Sissi in the key markets of Germany, Austria and Switzerland. The agreement extends from September 2018 to December 2021.

With the continuing success of the first two series and plans already advanced for series three, a licensing campaign for Sissi the Young Empress is already strongly established in a number of territories, notably Italy, where it has brought to retail toys, books, magazines, puzzles and board games, confectionery, personal care products, carnival costumes and a Dress Up Your Sissi game app. Active Merchandising is expected to pursue opportunities in these and many other categories.

Guided by its founder and owner Anita Van Esch, a licensing expert who has worked with such major names as MTV, Nickelodeon, SuperRTL and Mattel, Dusseldorf-based Active Merchandising has established itself in Germany as a dynamic and successful licensing partner. Active’s success is down to its focus on developing licensing strategies, retail strategies, marketing plans and a powerful network of licensees and partners, as well as building a strong merchandising business for entertainment brands.

Mondo TV’s agreement with Active follows hard on the heels of a three-country deal with Nickelodeon that brings a German-language version of Sissi series one to Germany, Austria and Switzerland for a five-year period, which started in September this year. Nickelodeon will have exclusive free-to-air and pay-TV rights in Germany, and non-exclusive free-to-air and pay-TV rights in Austria and Switzerland. Sissi series one has also be showing on channels owned by the free-to-air Austrian national public service broadcaster ORF since 2017.

Already a big hit with its a core audience of young girls, Sissi the Young Empress is now an established ratings success in over 40 countries, with two series (a total of 52 x 26’) already available and a new, 3D season (52 x 11’) to be launched in 2019 with a new format and new contents.

Sissi is based on a real historical figure – a charming young empress who over the years captured the public imagination well beyond her Austrian homeland. This animated version of her story offers its audience lots of adventure, romance, mystery, intrigue and even magic when Sissi discovers a magic bracelet, which leads to exciting and unusual adventures as she seeks to help her many animal friends.

The adventures of the free-spirited princess who resists etiquette and the duties of the court to follow her heart is a big success with its target audience of young girls, who love Sissi’s strong and positive character and identify with her desire to follow her dreams.

Matteo Corradi, Mondo TV CEO, says: “Active Merchandising is a major name in licensing in German-speaking markets and an ideal partner for this very popular children’s show as it gains new fans across Germany, Austria and Switzerland. We are looking forward enormously to working with Active Merchandising on the construction of a comprehensive licensing plan for these important markets, as we have already done very successfully in Italy.”

Says Anita van Esch: “Sissi is a well-known brand in the German-speaking territories, with Austria being its “home country”. It is a great honour to be working with Mondo TV and building a merchandise programme for this beautiful property in our territory.”