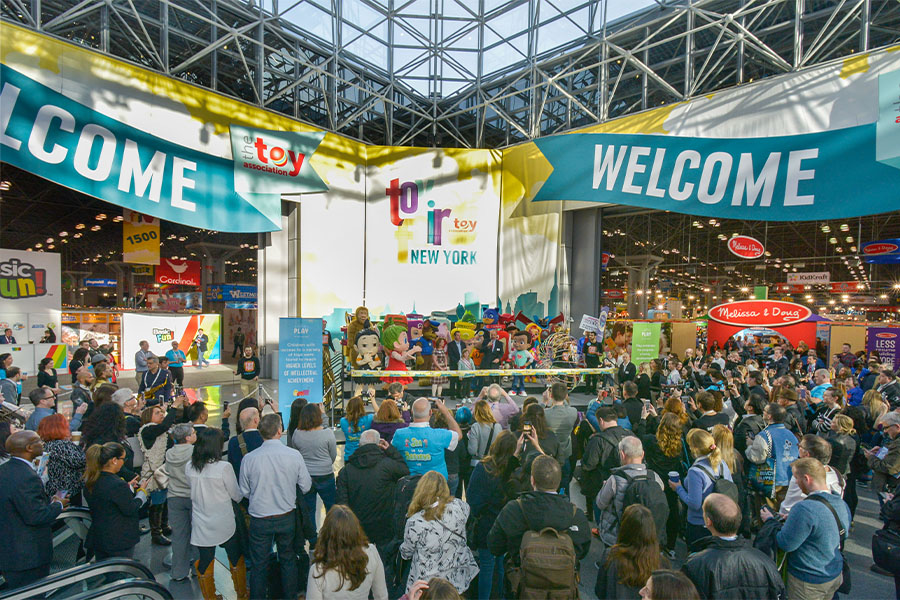 The rankings were announced at the Gold 100 Awards & Summit held October 10 to 12 at the Monarch Beach Resort in Dana Point, CA.

The Toy Association’s North American International Toy Fair ranked at No. 35 on Trade Show Executive magazine’s Gold 100 List of the largest and most-accomplished trade shows in the country in 2017.

The show’s ranking indicates that the 2017 show was the 35th largest industry trade show in North America based on net square footage of paid exhibit space. Toy Fair, the largest toy and youth entertainment product marketplace in the Western Hemisphere, was ranked at No. 37 on the 2016 list. Since the Gold 100 List’s debut in 2008, Toy Fair has climbed 29 spots from its 2008 ranking of 64th place.

“New York Toy Fair’s Gold 100 ranking has moved up two spots from last year as the appeal of the show grows to include nearly 30,000 global toy professionals who come to see what’s new, what’s next, and cutting edge in toys and play,” said Marian Bossard, The Toy Association’s executive vice president of global market events. “We are thrilled that the show gets the accolades it deserves. Toy Fair 2019 will continue to build on the show’s success so stay tuned for announcements on some exciting things in store!”

Visitor registration is already open and exhibitor registration for Toy Fair 2019 will open in the coming weeks. The marketplace will take place Saturday, February 16 through Tuesday, February 19, and is expected to draw buyers, exhibitors, manufacturers’ reps, inventors, and other industry professionals from 100 countries to explore hundreds of thousands of playthings from innovative American, Canadian, and overseas toymakers.