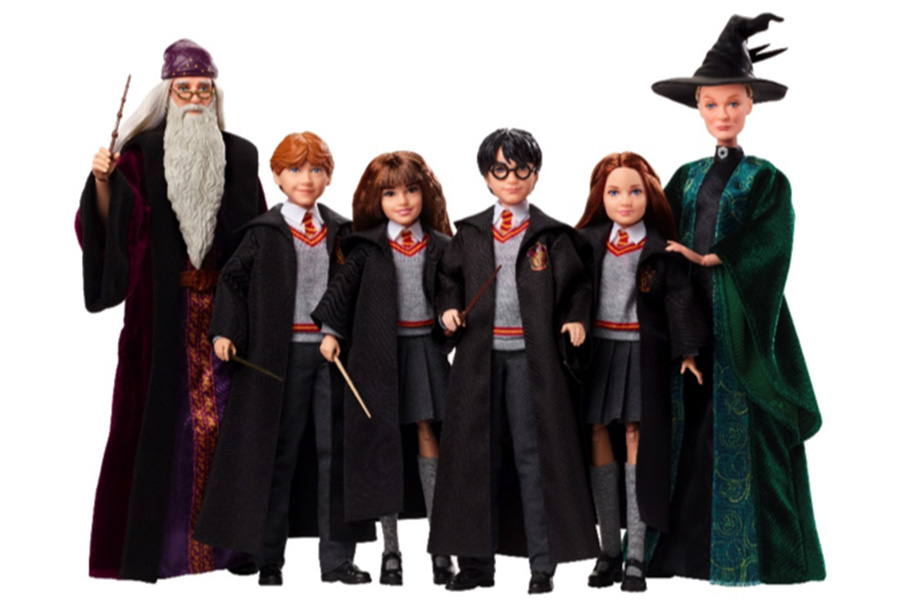 Mattel, in partnership with Warner Bros. Consumer Products, has unveiled a new line of characters inspired by Harry Potter.

The new Harry Potter characters are inspired by the most beloved protagonists of the second film in the series, Harry Potter and the Chamber of Secrets. Each character is characterized by eleven joints: neck, shoulders, hips, knees, elbows and torso, making it ready for action and to recreate the best moments of the film!
The collection includes: Harry Potter, Hermione Granger, Ron Weasley, Ginny Weasley, Albus Dumbledore and Professor McGonagall. All the characters wear the Hogwarts uniform along with the iconic magic wand always ready to use. From the scarf and the unmistakable round glasses of Harry to the hat of Professor McGonagall. Fans and collectors will appreciate and love the details included in each character.
The collection includes:

← Carnival masks and costumes inspired by Geronimo Stilton debut in the USA Jurassic World: coming the mini figures of the creatures of the Destroyed Kingdom →