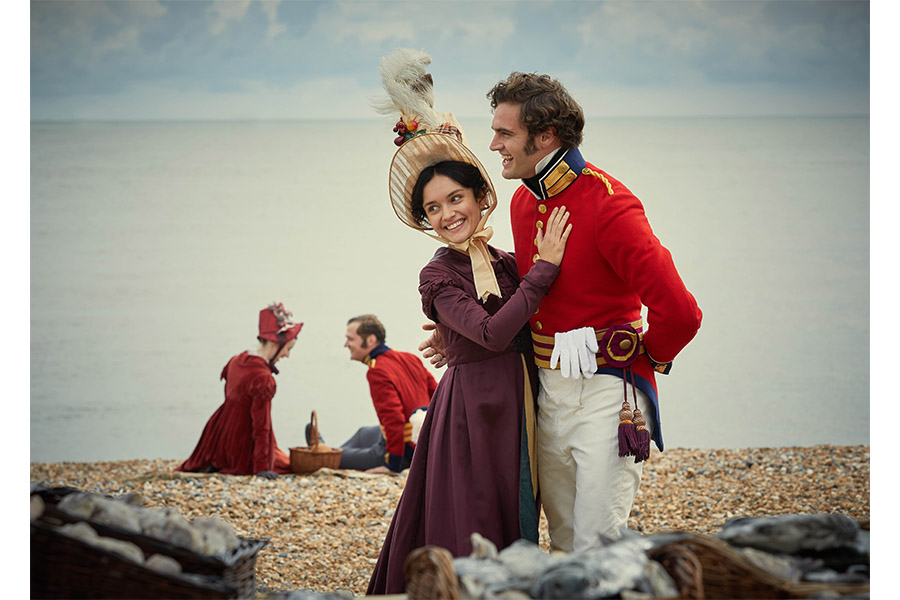 Sales for wide range of scripted programming across Asia, EMEA and Pacific Rim.

ITV Studios Global Entertainment (ITVS GE) has confirmed a large number of global deals for a host of its new and returning dramas, including Vanity Fair, Cleaning Up and Harlots.

Following its launch at MIPTV in April, Vanity Fair is now available in over 70 territories across Europe, Africa via M-Net and in Asia on SVOD service, BBC First, BBC Player and ITV Choice.

The Mammoth Screen and Amazon Studios produced drama, which makes its debut in the U.S. later in 2018, has also been picked up by French-Canadian pubcaster SRC for its linear and SVOD platforms, as well as in Australia (BBC First) Belgium (VRT), Italy (LaF via Sky Italy), Russia (Channel 1) Spain (Movistar+), Iceland (RUV), Estonia (ETV), Norway (NRK), Latvia (Latvian Television) The Netherlands (NPO), and across CEE with HBO.

Sister Pictures’ Cleaning Up, also part of ITVS GE’s slate earlier this year, has been picked up in Poland (CANAL+), Iceland (RUV), Ireland (Virgin Media Television), New Zealand (Sky NZ), Australia (Seven) and also on BBC First and BBC Player in Asia. Meanwhile in France, a deal has been struck for Tetra Media Studio’s Un Village Francais with RMC Story, the first secondary sale for the show in the territory.

There has also been a wide range of returning scripted deals for some of ITVS GE’s biggest shows, such as Poldark,which include Bilibili China and RMC Story in France, Vera, where ABC in Australia will have the territory premiere for the first time and Victoria, which will be available for the first time on Sony India.

Ruth Berry, Managing Director, ITV Studios Global Entertainment, said: “We aim for our rich and diverse catalogue to contain something for everyone, and these scripted deals, which represent just a fraction of the business done by our global sales team over the past few months, are evidence of the international appeal of our shows.

“From the new exciting shows launched over the past 12 months, to our internationally proven returnable series, our reputation for high-quality, audience winning drama is there for all to see and we will continue to work closely with our brilliant creative partners to maintain it.”

ITVS GE’s scripted slate for MIPCOM was headed by H.G. Wells’ classic sci-fi tale The War of the Worlds, which is a Mammoth Screen production for the BBC, co-produced by Creasun Media in association with Red Square; Dark Heart, a new crime series from critically acclaimed writer Chris Lang, produced by Silverprint Pictures in association with Britbox for ITV, and West of Liberty, based on Thomas Engström’s novel centring on former Stasi agent and CIA informant Ludwig Licht, produced by Anagram Sweden and Network Movie. There was also a strong non-English language presence with Balthazar (Beauborg Stories), Les Secrets (Beauborg Stories) and Hunters (SF Studios and Harmonica Films).