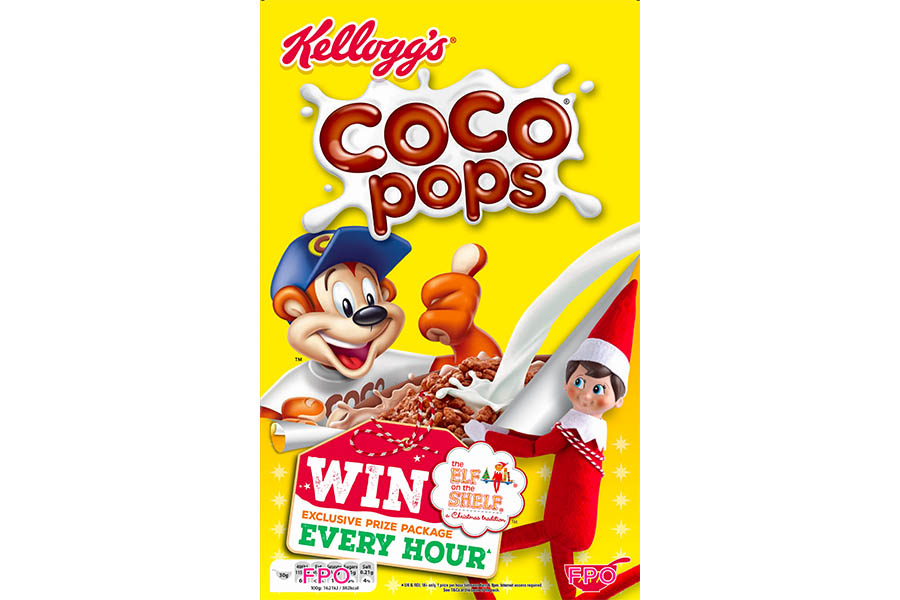 The Elf on the Shelf® to make more magic moments at Christmas 2018!

Tags from the story: The Elf on the Shelf®: A Christmas Tradition.

This fun, festive and unique brand is also partnering with leading cereal brand Kellogg’s for an exciting promotion this year.

The Elf on the Shelf®: A Christmas Tradition box set has been a massive cultural and commercial success in the US, selling over 12 million units, winning toy and book awards, and inspiring animated hits, a website with interactive games and activities, massive social media engagement and successful promotions, apps and licensed merchandise.

Now the timeless story of Santa’s magical Scout Elves who visit homes around the world to help Santa manage his nice list has also established itself as a modern Christmas tradition for many families across the UK. As the only elves who report directly to Santa, The Elf on the Shelf® Scout Elves are supported by a foundation of key UK brand partners, including Baby Republic, the exclusive UK distributor of The Elf on the Shelf® products, DVD partner Universal, and independent licensing company Rocket Licensing, which has secured a swathe of new UK licensing agreements for Christmas 2018.

This fun, festive and unique brand is also partnering with leading cereal brand Kellogg’s for an exciting promotion this year. More details will be announced closer to the start of the Christmas season.

Rob Wijeratna, Joint Managing Director of Rocket Licensing, says: “The hugely positive response we have received to The Elf on the Shelf® from potential licensees and retailers has very quickly translated into significant signings and some really fantastic product entering the UK market this Christmas. All our partners really can see the benefits of this unique brand — the only elf that creates real family moments, cherished memories and traditions, and who reports directly to Santa!”

Chanda Bell, founder and co-CEO of The Elf on the Shelf®, said: “We are so thrilled with the extent to which consumers in the UK and Ireland have gravitated towards The Elf on the Shelf® brand. Retailers, our business partners and especially our fans are attracted to our family-friendly values, entertaining content and the way we bring the magic of the North Pole to life.”