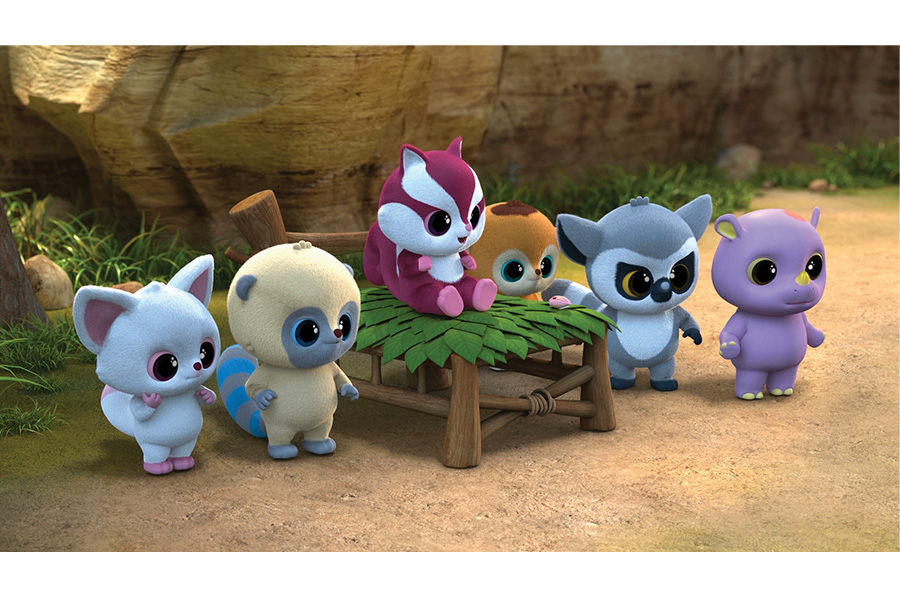 Tags from the story: Mondo TV, Yoohoo to the Rescue.

Mondo TV, a major international player in the production, distribution and licensing of animated content, has announced continuing licensing success – including a strong international response – for YooHoo to the Rescue, the new 3D CGI animated show for children that is also Mondo TV’s and the co-producer Aurora World first-ever Netflix Original Series.

The most recent multi-territory deal – with Nuvita, a leading name in care products for the very young – is for baby care products across the Italian, Spanish, Portuguese and UK markets. The first product launch is schedule early 2019.

Among other international deals, Apple Beauty, a maker of licensed fragrance, bath and body products, is to produce a YooHoo to the Rescue range for department stores, specialty stores and perfumeries covering over 40 countries. Dolfin, meanwhile, is offering a range of YooHoo to the Rescue chocolate and bakery products starting from Easter egg launch for Easter 2020 and Panini is producing a range of YooHoo to the Rescue stickers, trading cards, and photocards. Both deals are for multiple territories. Panini is also on board for 3D plastic figures, magazines, books and surprise bags for Iberia and Italy.

YooHoo to the Rescue is also strong in the Italian market, where the latest announcement is an agreement with Kimbe, a leading name in its field, for live characters and events, that will take the YooHoo characters to a number of shopping areas and other public spaces around Italy.

Edizioni Playpress, meanwhile, will be producing one of its popular magic albums for launch in 2019, and Mondadori has been signed up to publish four story books and a special ‘YooHoopedia’ guide to the show and its characters.

The continuing licensing growth of YooHoo to the Rescue was underlined by the strong response to the property at the Las Vegas Licensing Show, where its recently announced status as a Netflix Original Series gained the property a great deal of attention from international players, notably from the all-important US market. This success was underlined by an event jointly hosted by Mondo TV, with the show’s co-producer Aurora and leading licensee Panini, to celebrate their partnership.

YooHoo to the Rescue is a new 3D CGI 52 x 11’ children’s series based on the globally successful line of Aurora World plush toys, more than 80 million of which have been sold since the worldwide launch of the line in 2007. Co-produced by Aurora World Corporation and Mondo TV Suisse, it is a funny, exciting and beautifully designed animated series with strong environmental themes, in which YooHoo and his friends, Pammee, Roodee, Chewoo and Lemmee, confront threats to nature and wildlife and meet many different endangered animal species. Not only is this an important part of the show’s appeal but the addition of many new characters enhances the diversity and collectability of the brand.

YooHoo to the Rescue will be available worldwide exclusively on the Netflix platform except for several European countries where the new series will launch first on the free-to-air channels.

The confirmation of a global release date for the show has already sparked a strong licensing response and is expected to provide a continuing boost to the licensing programme over the coming months.

Matteo Corradi, CEO, Mondo TV S.p.A., said: “The licensing response to YooHoo to the Rescue has been an impressive one and its status as a Netflix Original Series, along with a very positive response in Vegas, has reinforced its strength as a notable property on the international stage. This wonderful, highly original show is definitely one to watch – both on TV and at retail!”