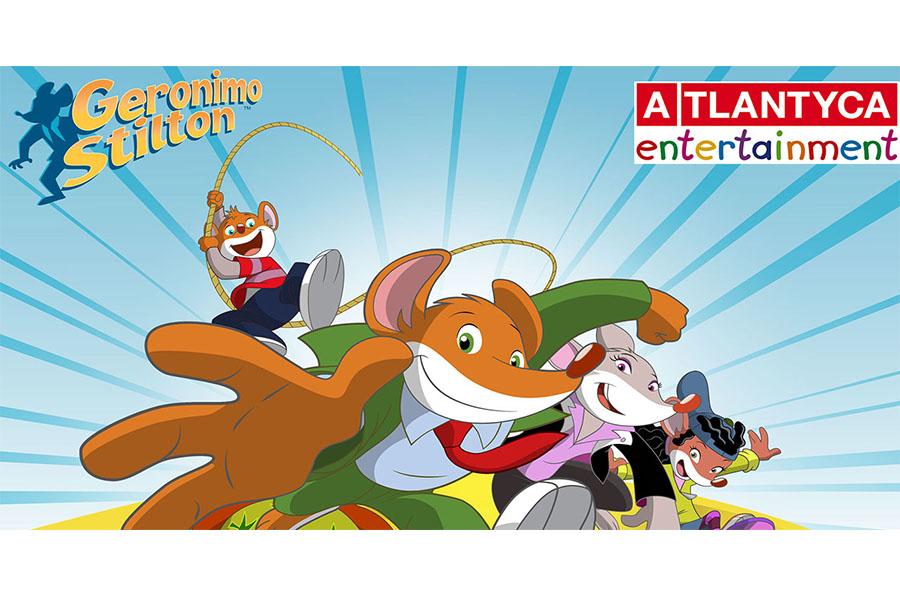 Starting in September, the first episodes of the first season were broadcast on CCTV, leaping to the top of the listening data of the animated series for children.

The transmedial success of Geronimo Stilton continues in China, which now reaches an extraordinary new goal: the animated series dedicated to the famous journalist mouse arrives on CCTV, China Central Television, the main state television in China.
Starting in September, the first episodes of the first season were in fact broadcast on CCTV, leaping at the top of the listening data of the animated series for children. The success of the series was exceptional, making it a hit in the region based on the reports of the CSM (the leading Chinese data provider specializing in measurements related to television and radio audiences). The series continues to grow steadily among young viewers (from 4 to 14 years) and is securing a leading position in the broadcasting period.
The deal was signed by Chinese PumpPush Creative, which is the exclusive distribution partner for China of Atlantyca Entertainment since 2017, when it announced that it has acquired the distribution, licensing and merchandising rights for the animated series of “Geronimo Stilton”.
The launch of the series on CCTV was supported by a dedicated campaign, aimed at offering young fans the opportunity to actively interact on social networks, answering questions about the individual episodes of the series to win special gadgets inspired by the world of the famous journalist mouse (magnets, books, etc).
In the meantime, PumpPush Creative is preparing for the China Licensing Expo 2018, which will take place from 16 to 18 October in Shanghai. On this occasion PumpPush will promote the Geronimo Stilton property celebrating it with “Geronimo’s Happy Holiday”, a theme created to encourage customers to learn about the Italian brand better. PushPush will be present at booth E2A49.
Moreover, at the beginning of this year Atlantyca and numerous Chinese partners celebrated the goal reached by sales of books by Geronimo Stilton in the country: in fact, over 10 million copies of books sold in China by the publishing partner 21st Century Publishing House.
At the same time, the animated series of Geronimo Stilton is also available, with two seasons, on Tencent Video, the main Chinese online video entertainment platform owned by the multinational Tencent.

← PLAYMOBIL hits the screen(s) The first live action series ever produced by the channel arrives on Cartoonito: Miracle Tunes →