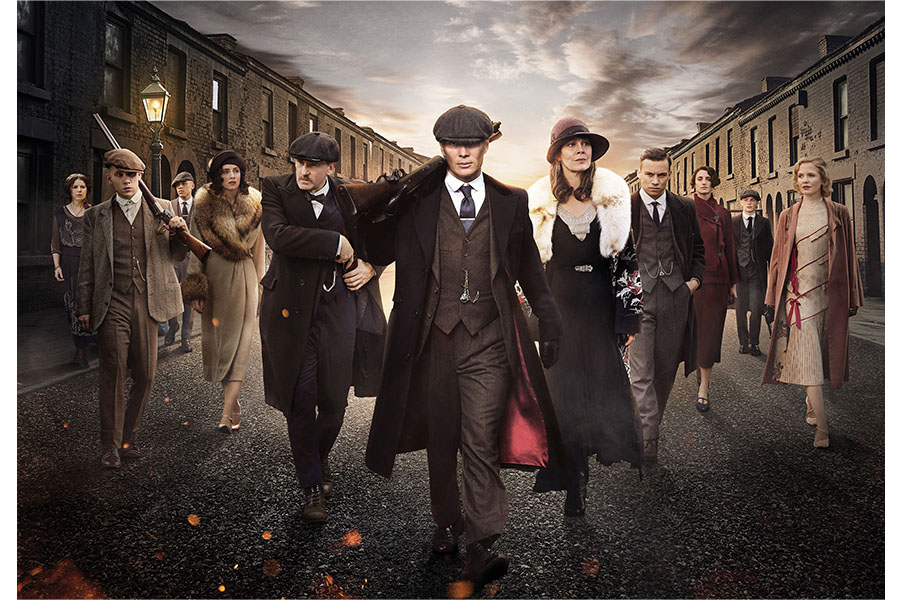 Peaky Blinders, Black Mirror, MasterChef and Simon’s Cat amongst the brands to be featured

Jane Smith, Group Director, Brand Licensing and Gaming, Endemol Shine Group said, “Brand licensing continues to be a significant growth area for our business globally and we are really well placed to connect our brands across multiple touchpoints. A number of our brands are enjoying significant off-air success in multiple markets, as we continue to drive their presence beyond broadcast. The additions of Black Mirror and Peaky Blinders to our scripted portfolio, and their quality and critical acclaim, opens up incredibly exciting new brand licensing opportunities and even further areas for us to develop.”

To celebrate Simon’s Cat’s 10th birthday this year, Endemol Shine Group will be hosting drinks and a live drawing session at their stand on Tuesday 9th October. The award-winning animator and Simon’s Cat creator, Simon Tofield, will meet guests and create one-of-a-kind bespoke illustrations for visitors.

A Caryn Mandabach Production and Tiger Aspect Production for BBC, Peaky Blinders was created and written by Steven Knight (Dirty Pretty Things, Eastern Promises and Locke). The series is distributed by Endemol Shine International and has sold across over 180 countries.

Peaky Blinders won the 2018 BAFTA for Best Drama Series. Last month it was announced that in the UK, the show will move from BBC Two to BBC One for its fifth series next year. Peaky Blinders series four was BBC Two’s biggest drama series of 2017 with an average of 3.3 million consolidated figures. It had a peak episode volume of 3.6 million for the series finale, the biggest audience for an episode of Peaky Blinders ever.

Following the unveiling of the brand in Las Vegas where Endemol Shine North America launched the US brand licensing programme, Black Mirror will be showcased to European markets at this year’s BLE.

Black Mirror taps into our collective unease with the modern world and each stand-alone episode is a sharp, suspenseful tale exploring themes of contemporary techno-paranoia. Produced by House of Tomorrow, part of Endemol Shine Group, the series is created and written by Charlie Brooker, and executive produced by Brooker and Annabel Jones.

MasterChef is the most successful cookery television format in the world reaching a milestone 61 markets sold to and produced in 55, demonstrating the strength of the brand. MasterChef is currently the strongest food brand on YouTube, with +250% more views than its nearest competitor. The MasterChef brand extends into a range of successful commercial activities across multiple platforms including worldwide publishing, consumer products, live events and global travel experiences.

Produced and distributed by Endemol Shine Group, the record-breaking format first launched on British television in 2005 where 38 series have aired to date on the BBC. Originally created by Franc Roddam the format was revived as MasterChef Goes Large in 2005 by Shine TV in the UK. 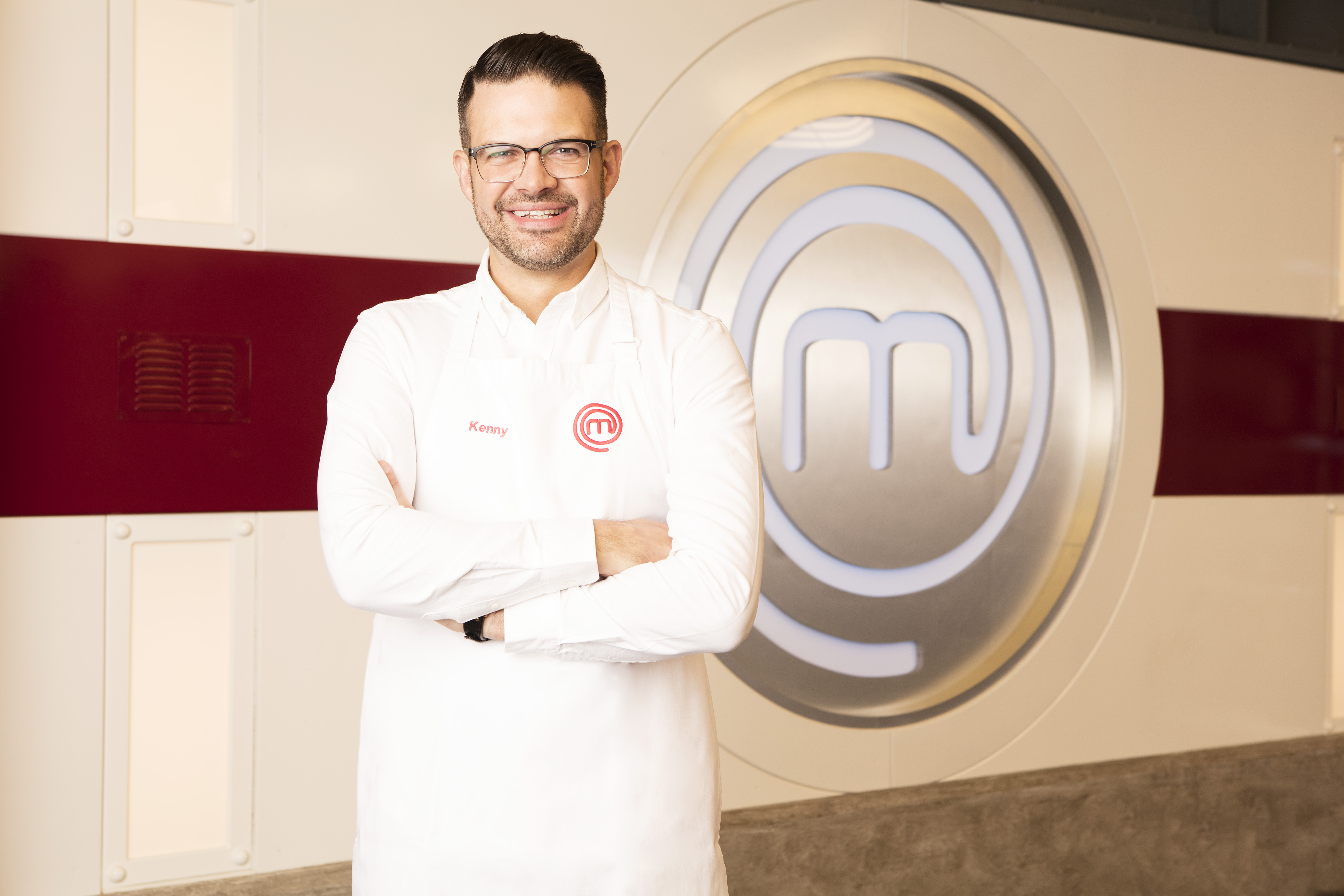 Digital-first brand, Simon’s Cat, was created by award-winning animator Simon Tofield. Born on YouTube in 2008, the series features the mischievous and often hilarious antics of a charming cat and his long-suffering owner Simon.

The brand is now a worldwide phenomenon with a global pawprint of over 17million fans!

The YouTube channel alone has nearly one billion views from audiences in over 100 countries.

The brand proves hugely popular across a number of areas including gaming, publishing and apparel. Recent successes include over 50million digital sticker downloads and in excess of 11million downloads, of the brand’s mobile gaming titles from developers Tactile Games and Good Catch.

Globally loved animation Mr Bean has been continual distribution on TV for nearly 30 years. The brand has amassed a huge digital following across a number of platforms including Facebook with nearly 80 million fans; and on YouTube with 9.5 million subscribers and nearly 4 billion lifetime views.

The phenomenal success of the brand on digital has really pushed Mr Bean back into the CP world with this year’s Funko figures selling 160k units. The Mr Bean brand also has great success in the mobile games market with ESG’s games developer and publisher Good Catch. With titles such as Bean Around the World and Mr Bean Sandwich Stack, mobile game downloads for the brand have topped 20 million.

Hunted is a real-life thriller where ordinary people go on the run from a team of expert hunters. Produced in the UK by Shine TV, Hunted has now sold to eight markets including the U.S, China, Russia, Spain, Denmark and the Netherlands. The ratings hit was the highest rated non-scripted launch of 2016 for Netherlands channel NPO3. The first series in the UK was Channel 4’s highest rated unscripted series launch of the year for Adults 16-34. In Denmark the series increased the broadcaster’s average primetime share by +152%.

Pointless is the quiz show that puts obscure knowledge to the test! Now in it

Originally produced by Remarkable Television for the BBC it is currently in its 20th season in the UK. Since its BBC world premiere, the gameshow has since been produced in 12 countries, including most recently Australia, the first country to locally adapt the gameshow outside of Europe.

The Warwick Davies fronted, irresistible play along quiz is produced by Initial for ITV in the UK. Last year it was the UK’s no.1 quiz show in its timeslot. Tenable takes the obsession with top ten lists and turns it in to the ultimate gameshow. Over the course of each game, a team of five players step up to take on a top ten question. The aim is for the team captain to get as many team mates through to the final whilst earning as much money as they can.

The original US format, which launched last year is produced for 7 territories, The Wall is a wildly unpredictable, fast and simple game show with huge cash sums on the line.

Wipeout has won the world over with its zany crashes, smashes and hilarious mud splashes. This action-packed family entertainment show sees contestants from all walks of life compete in the world’s largest and most extreme obstacle course. The series has been produced for 31 territories, and continues to grow a substantial digital audience with over 10 million active followers worldwide across Twitter, Instagram, Facebook and YouTube.