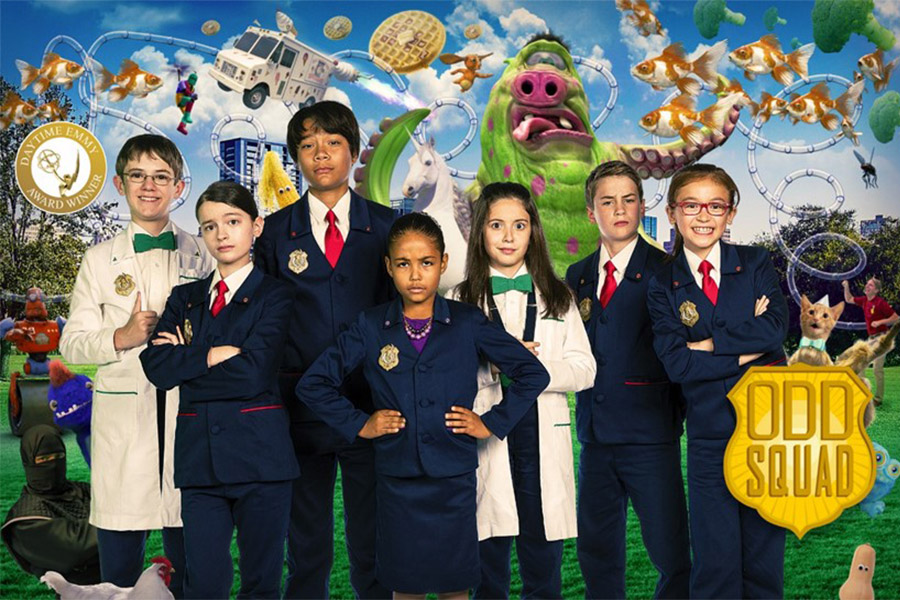 Sinking Ship Entertainment is thrilled to announce its popular math comedy series Odd Squad has secured a publishing partner with Imprint, part of the Macmillan Children’s Publishing Group. Imprint will publish the Odd Squad Agent’s Handbook in Fall 2019 and Odd Squad’s Creators Tim McKeon and Adam Peltzman are on board as authors. The handbook will look and feel like the book every new Odd Squad recruit gets, complete with training tips, how-to-guides, little known Odd Squad secrets, and important messages from the agents.

“Odd Squad is the perfect blend of entertainment and education,” says Erin Stein, Publisher at Imprint. “We are thrilled to work directly with the show’s creative team to create a book that invites readers to join the Squad! It will immerse fans in the world while engaging their inquiring minds.”

“We are excited to work with Erin and the team at Imprint to bring this book to life,” says Kate Sanagan, Head of Sales and Distribution at Sinking Ship Entertainment. “It’s a perfect extension of the play pattern of the series to have an official handbook, as we know our fans are keen to be Odd Squad agents themselves.”

Odd Squad is created by Tim McKeon and Adam Peltzman and is a co-production between Sinking Ship Entertainment and Fred Rogers Productions for PBS and TVO. The Emmy Award–winning live-action and CG series also airs on Amazon Prime in the U.S, Radio-Canada in French Canada, CBBC and Netflix in the U.K. Ki.ka in Germany, and the ABC in Australia. It follows intrepid young agents as they solve weird and unusual problems using math and collaboration skills.

Additional licensing partners already on board the series include Fun.com for costumes and dress-up (set for a Fall 2018 release), Omni Consumer Products Inc. (OCPI) for apparel and accessories, Trends International for posters, and Outset Media for puzzles and games.