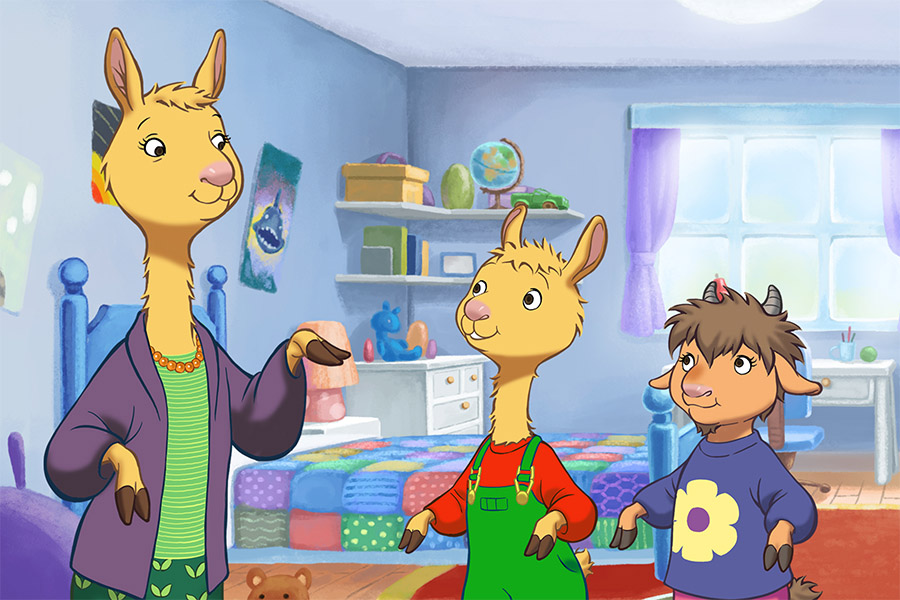 Bendon will create a line of branded coloring and activity books featuring the Llama Llama characters, which will be available at retailers in time for spring 2019.

“Bendon has earned its stellar reputation as the leading publisher of children’s activity and coloring books based on its innovative designs, commitment to respecting the brands of its partners and for its stalwart relationships with today’s top retailers,” said Lloyd Mintz, SVP, Global Consumer Products at Genius Brands. “Llama Llama is an extremely popular, beloved and trusted modern-day classic property among parents and youngsters alike. We’re confident that Bendon will deliver a line of activity and coloring books that respect that heritage while also presenting fresh and innovative designs.”

“All of us at Bendon Publishing are thrilled to be working with Genius Brands on developing an all-new line of activity and coloring books for the treasured Llama Llama series,” added Ben Ferguson, CEO, Bendon. “We look forward to offering a variety of age appropriate books that convey the special relationships depicted and reinforced in the Llama Llama animated series.”

Based on Anna Dewdney’s best-selling and award-winning joyful Llama Llama book series from Penguin Young Readers, season one of the animated preschool Llama Llama series starred Jennifer Garner as Mama Llama and debuted worldwide in 20 different languages on Netflix in January 2018.  The series focuses on first childhood experiences and adventures, as well as the special connections between the lead character, Llama, his Mama and his grandparents. Llama Llama tells heart-warming tales of life in a safe, friendly town seen through the eyes of Llama as he interacts with the amazing world around him.