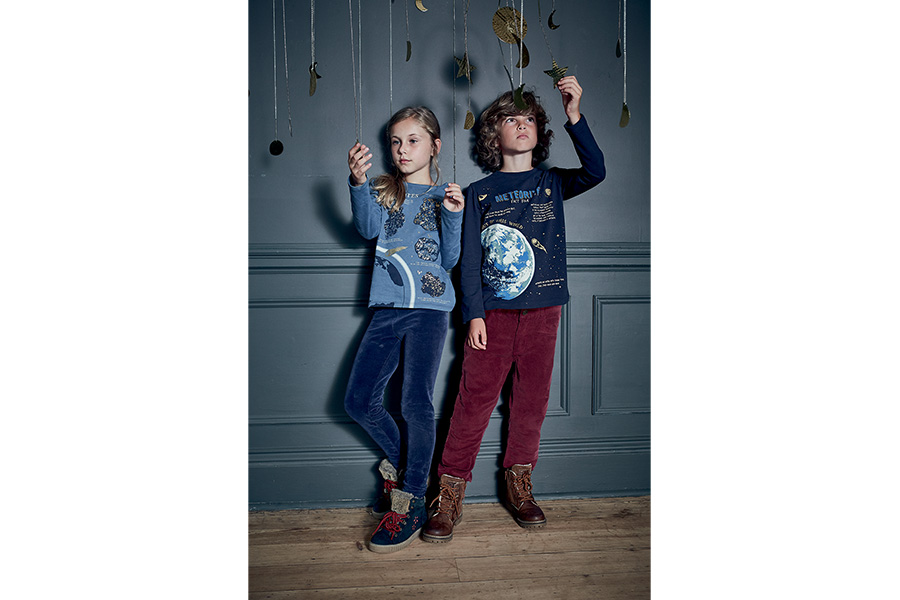 The Natural History Museum has announced the extension and expansion of its partnership for children’s apparel with lifestyle clothing and accessories retailer FatFace. The partnership – which has already seen a number of successful launches – will be extended for another year. Product will now be developed up to the end of 2019.

Focusing on a number of apparel categories, including t-shirts, hoodies and sleepwear, and using specially developed images that are both colourful and educational, the spring/summer 2018 collection used imagery inspired by butterflies, dinosaurs, marine mammals and deep-sea fish. The soon-to-be-launched autumn 2018 collection will include a focus on dinosaurs and meteorites.

The target market for all apparel collections is girls and boys aged from 2 to 13. They are available from FatFace stores nationwide and at fatface.com.

The partnership will continue to see a number of collections launched up to Christmas 2019, showcasing the different areas that the Museum focuses on. The FatFace design team works alongside the Natural History Museum’s scientists to ensure that all educational graphics are factually correct.

Maxine Lister, Senior Licensing Manager, Natural History Museum, says: “The success of this collaboration underlines the enormous appeal of the Museum’s offering to kids and the marvellous work done by both partners in bringing it to colourful, striking designs on high-quality clothing. I’m delighted that this partnership is set to continue.”

Clare Probyn, Retail Marketing team, FatFace, added: “This year we have been lucky enough to team up with the amazing Natural History Museum, every adult’s (I mean kid’s) dream! Keep your eyes peeled for our autumn and winter collections, lots more dinosaurs and the addition of meteorites and outer space.”