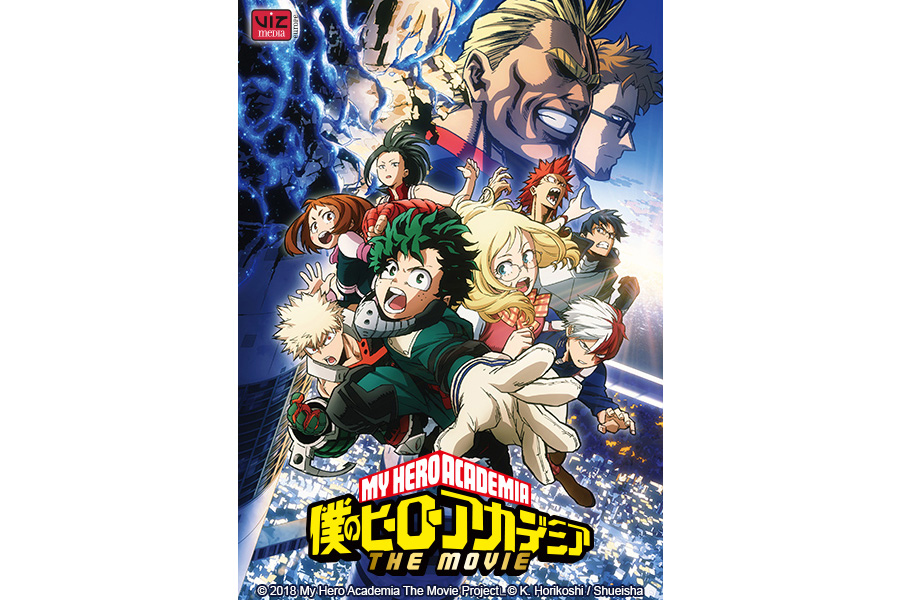 The hottest Anime hero’s franchise will soon make its debut on the big screen with the release of the movie My Hero Academia: Two Heroes.

Adapted from the eponymous manga series that was created by Kohei Horikoshi and published in France by Ki-oon, My Hero Academia takes place in a society where 80% of the population possesses super-powers called ‘‘Quirks”. Middle School student Izuku Midoriya wants to be a hero more than anything, but he hasn’t got an ounce of power in him. With no chance of ever getting into the prestigious U.A. High School for budding heroes, his life is looking more and more like a dead end. Then an encounter with All Might, the greatest hero of them all, gives him a chance to change his destiny…

Pre-published in the biggest shonen magazine in Japan (Weekly Shonen Jump, Shueisha), the hit franchise set new records with more than 2 millions manga sold up to date published across all Europe, 26 millions of views in streaming/VOD platforms, a 3rd season to be broadcast on key TV channels and a video game developed by BANDAI NAMCO coming this fall.

The new generation of super heroes is back on active duty with a thrilling 90 minutes movie!

The climactic finals are finally over, and U.A. is getting ready for the summer training camp. Deku and All Might receive an invitation from a certain person to go overseas to a giant artificial moving city called I-Island. This island, a kind of “science Hollywood” that gathers the knowledge of scientists from around the world, is holding an exhibition called I-Expo showcasing the results of Quirk and hero item research. In the midst of all this, Deku meets a Quirkless girl named Melissa and remembers his own Quirkless past. Out of the blue, the impregnable security system the island boasts is hacked by villains, and all the people on the island are taken as hostages! Now, a plan that could shake hero society has been put into motion! The man who holds the key to it all is the number one hero and Symbol of Peace, All Might.