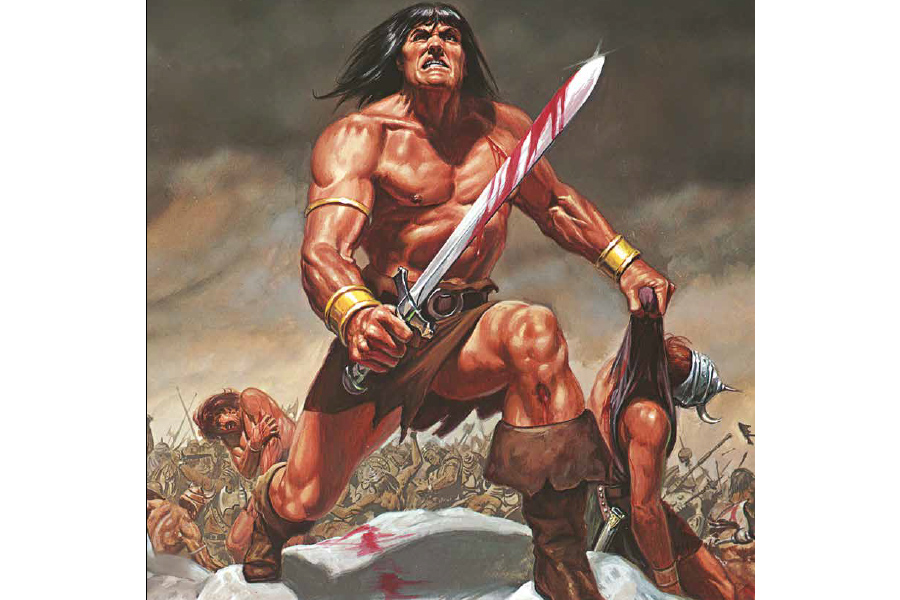 Conan Properties International and Panini S.P.A. announce an agreement for “Conan the Barbarian”

Tags from the story: Conan Properties, Conan the Barbarian, Panini.

The long-term framework agreement provides for the publication of Conan the Barbarian comics in all countries of the world, with the exception of those in the English Speaking territories.

Conan Properties, owner of the character Conan the Barbarian created by Robert E. Howard, has granted to Panini, one of the world’s largest comic book publishers, all the rights to publish their comics in digital and paper format all over the world, with the exception of the English-speaking countries.

Panini has been a long-term licensees of Conan Properties, and has been publishing Conan comics in many countries for almost 25 years: initially the classic Marvel Comics material, relating to the Marvel management period of the character from 1994 to 2000, then through agreements direct with the ICC and the Dark Horse.

This new framework agreement broadens the scope of the license to all countries in the world (with the exception of those in English) and to the entire historical catalog of the character appeared in comics and graphic novels, starting from the revolutionary Marvel Comics and magazines period 1970-2000 (Conan The Barbarian, Savage Sword of Conan, etc.), passing through the many successful series and miniseries produced by Dark Horse Comics between 2003 and 2018 and until the new Marvel re-launch planned for 2019 in the United States and signed by the greatest stars of the moment of the drawn literature.

Thanks to this agreement, Panini will publish the new Conan comics in many countries: Spain, France, Mexico, Brazil, Germany, Italy, Scandinavian countries, Turkey and Serbia. Other nations will join soon, both with Panini volumes and through partnerships with the most important publishers worldwide, expanding the historical archive of releases with collections, comic magazines and part-works.

Panini will work in synergy with Conan Properties, engaged in the process of spreading the character of Conan the Barbarian through videogames (Concom Exiles of Funcom) and the future TV series made for Amazon Prime Video by some of the most important Hollywood creative (like Miguel Sapochnik , known for the throne of swords). In addition, Panini will develop original content using European and South American artists, to enrich the already extraordinary assortment of existing and future stories with new graphic novels that will draw inspiration from these renewed visual universes.

Fredrik Malmberg, President of CPI, said: “With an ever increasing international audience, we can no doubt state that Conan is an absolute icon of comics. We have been impressed by the growth of Panini worldwide and we are sure that the strengthening of this collaboration will give great satisfaction to both enthusiasts and our partners “.

Marco M. Lupoi, Panini’s Editorial Director, added: “Panini has been publishing Conan’s stories with passion for almost 25 years, and we consider it one of the cornerstones of our portfolio. We are thrilled to be part of the process of expanding the brand and re-launching Conan comics, and we look forward to bringing this character to new readers in new countries.“