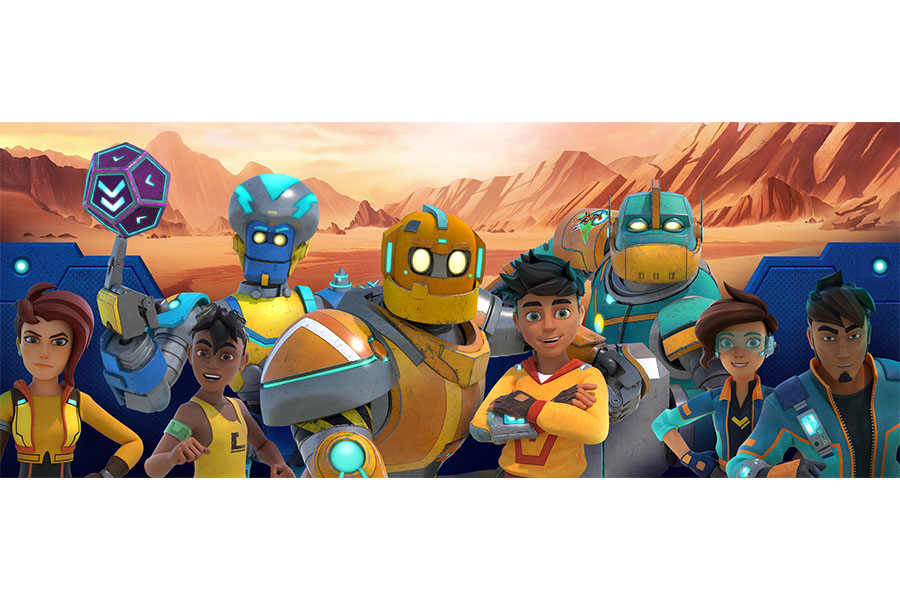 ITVS GE Announce Bandai as UK Distributor for Robozuna and HSK as the Master Toy Partner in China.

HSK, based in China, will develop and manufacture the Robozuna toy line and distribution will be managed by Bandai in the UK. Further announcements for other markets will follow.

Robozuna is an action-packed Netflix Original animated series following 14-year-old Ariston and his homemade robot, Mangle. In this thrilling kids adventure series, Ariston and Mangle join a team of robot gladiators known as “Combatabots” whilst fighting to free their oppressed nation from the evil Corvus Imperium. This original IP will launch across multiple platforms simultaneously in Autumn 2018, including linear broadcast in the UK, SVOD around the globe through Netflix, YouTube Kids with short-form content, and in apps and gaming in partnership with award-winning UK-based Kuato Studios. Global social media influencers Ethan Gamer and Ali-A both star in the series and will be involved on an ongoing basis in promotion, as well as creating unique online content to supplement the series.

An extensive toy range has been developed and will initially include a range of battling robots from the show including Collectible 2.5” Battle ‘n Stack Combatabots, 5” Battling Feature Robots, Transporter Vehicle Playset, Role Play and 12” Mega Mangle Figurine. The toy line is planned for Spring/Summer 2019 following the series launch in Autumn 2018. Additional consumer products will rollout from Autumn/Winter 2019.

“Both HSK and Bandai are fantastic partners for Robozuna”, said Steve Green, EVP Kids Content and Distribution at ITVS GE. “These deals will ensure an incredibly strong toy launch to accompany what we believe will be a standout multi-platform series. The range will be innovative, inventive and allow kids to relive the bot-battling series in their own play.”

“We are delighted to be working with ITV and HSK on this exciting project. Robozuna will be a great addition to our 2019 portfolio” said Nic Aldridge, Managing Director, Bandai UK. “Having seen the series content and supporting online material we feel that it will translate perfectly into a strong toy line. We know that the robot battling play pattern will resonate with our target audience of boys 4-9. We believe that Robozuna is the breath of fresh air that the boys action figure market is looking for!”

Jeff Wen, General Manager at HSK, said: “We are very excited about this partnership. HSK makes sure the advantages of China’s supply chain are fully realized and our UK partners bring resources and experience to our cooperation. Together we are creating very strong Robozuna toy lines that truly represent the brand and we believe they will be loved and treasured by kids around the world.”