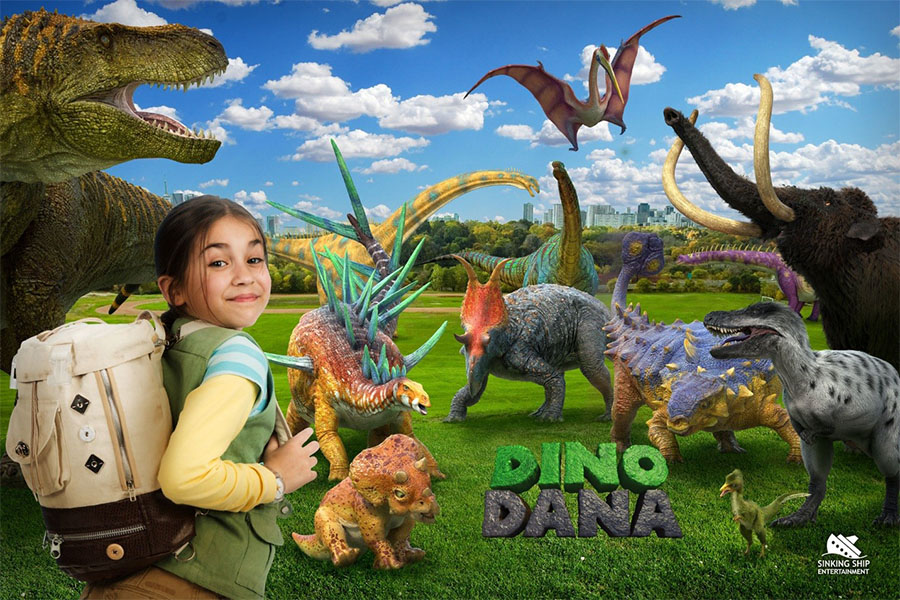 Nat Geo Kids has picked up the Pay TV rights for Season I and II of the series Dino Dana, as well as the consumer product rights for the property in the territory of Latin America. Produced by Sinking Ship Entertainment in association with TVOKids, Amazon Prime and Yoopa, Dino Dana is a live-action/CGI series that follows the adventures of a feisty 10 year old paleontologist-in-training. The new agreements with Nat Geo Kids will see the speciality channel launch the program in September in 2018 in Latin America, as well as managing the brand’s consumer product categories including publishing, apparel, home and furnishings, toys and board games across Latin America.

“We are thrilled to be partnering with Nat Geo Kids on this special show” says Kate Sanagan, Head of Sales and Distribution. “We think a children’s dinosaur property is a perfect fit for Nat Geo Kids, and we are looking forward to working with them in Latin America to grow the brand.”

“Imagination and explorations is part of our DNA in Nat Geo Kids and Dino Dana is a wonderful addition for us. This new content brings an integrative proposal that includes consumer products, but also the opportunity for kids to discover and get a closer look at these epic creatures in a wonderful way” says Carmen Larios, SVP content strategy of National Geographic Partners in Latin America.

The series recently won Kidscreen’s 2018 Best New Series award and was nominated for three Daytime Emmys this year, including Outstanding Preschool Children’s Series and Outstanding Performer in a Children’s Program.