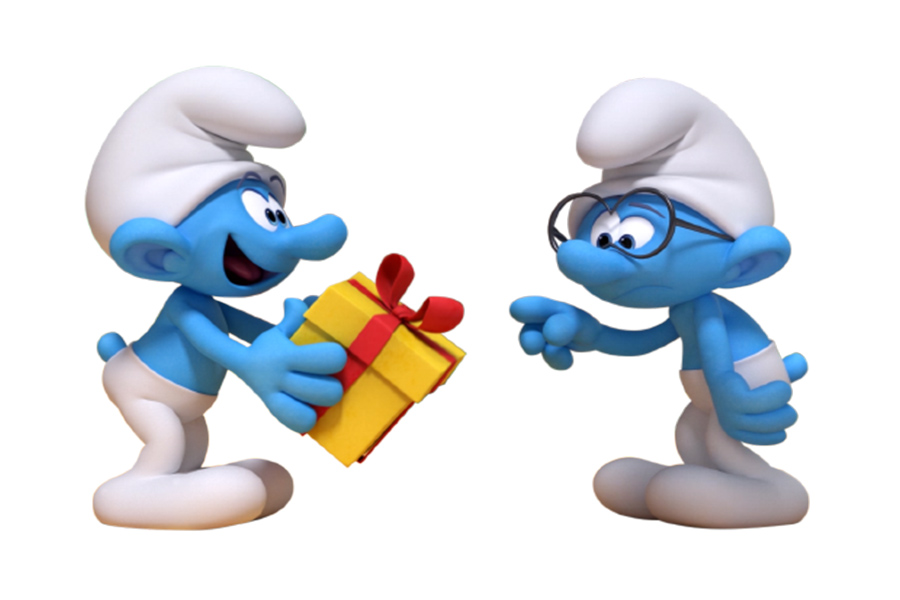 Tags from the story: The Smurfs.

The SMURFS’ fans will soon be thrilled.

Peyo Productions and Dupuis Edition & Audiovisuel are working on a 3D-CGI animated series (11′ format) designed for kids from 5 to 10 years old, and based on Peyo’s comic book creation The Smurfs. French broadcaster TFOU and Belgian broadcasters KETNET and OUFTIVI are co-production partners on the project.

Véronique Culliford, president & founder of Peyo Productions and I.M.P.S (Distribution Company) and Peyo’s daughter says “I am very happy to once again be able to continue my father’s work by co-producing a new TV series about the Smurfs, almost 40 years after the universally known series. You will discover Smurfs in “3D-CGI”, as in the last movie (The Lost Village, 2017), with lots of fun, humor and adventures full of twists. I’m convinced that our partners in this co-production are the best players in the market, and that the Smurfs will continue to delight all generations for decades!”

According to Léon Perahia, Administrator and Deputy Managing Director of Dupuis Edition & Audiovisuel: “Our collaboration with Peyo, creator of these characters, goes back to the first publication of their stories in Spirou magazine, 60 years ago. Hanna Barbera’s production of a TV series followed with several highly successful seasons. For this reason, we’re excited to continue this great adventure by co-producing new episodes adapted from this wonderful universe“.

“We are proud and delighted to welcome The Smurfs on TFOU for exciting new adventures, each one funnier than the last. This adventure comedy series fits very well within our programming schedule. The universe of the little blue fellows, with their unique way of talking, perfectly matches TFOU’s playful and mischievous tone” explains Yann Labasque, Head of Youth Programmes for TF1. “Ultimately, we wish to give the series a coherent and powerful exposure on all of our platforms. By doing so, the TF1 group acts as a unique and strong sounding board serving the franchise, whose license is already managed, on the French market, by our subsidiary TF1 Licences.“

The Smurfs have been on KETNET and VRT since the eighties, and with these new episodes they will remain there for a long time. “We are very happy to reinforce the ties between Ketnet and the Smurfs even more. It is with big enthusiasm that we are going to co-produce this new series, which is at the same time Belgian and international. A lot of animated series produced in our country cross the borders and Ketnet is proud to play an active part in that. The best animation from our own territory, that’s something to be proud of“, says Maarten Janssen, Netmanager Ketnet.

According to Coralie Pastor, Head of 360° Youth Dpt at RTBF: “OUFtivi is honored to be part of this great historical moment: the “re”birth of the Smurfs series in 3D-CGI! This is very exciting to coproduce such a patrimonial show. We are sure that children and their parents in Belgium and all over the world will share our enthusiasm. Thank you Peyo for this wonderful gift“.

← "Trulli Tales: The Adventures of the Trullalleri" on air on TV from June 11th on Rai Yoyo Monchhichi TV series ready to debut on Frisbee in Italy →