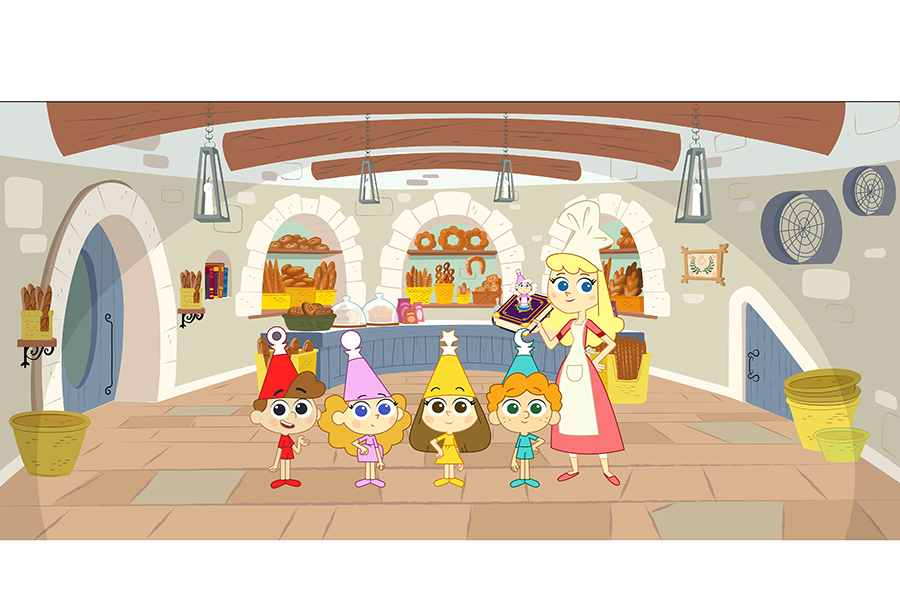 “Trulli Tales: The Adventures of the Trullalleri” on air on TV from June 11th on Rai Yoyo

Tags from the story: RAI Yoyo.

The pre-school TV series is on air every day at 6pm.

An enchanted kingdom at the foot of an ancient olive grove, a secret recipe book, a baker and four young apprentices. These are the ingredients of Trulli Tales, The Adventures of Trullalleri, a new series of 2D animation for children born from an Italian idea and exported all over the world, broadcast on TV on Rai Yoyo, produced by Rai Fiction, Farewell Culturarte, Fandango Tv, GaumontAnimation and Groupe PVP. A series created and developed by Fiorella and Maria Elena Congedo.

Set in Trulliland, a magical village made of funny pointy houses that reminds so much Alberobello, the pearl of Puglia’s Unesco heritage, the series of 52 episodes of 11 minutes tells the story of Ring, Sun, Zip and Stella, students of the famous Cooking School and Magic, where they are busy making the recipes of the magical book of Nonnatrulla that disappears and that its powerful recipes are lost forever and foil the sinister plans of the funny and confectionery Copperpot who wants for himself the magical book and the whole Trulliland.

These are not easy tasks, but fortunately our protagonists have the help of Miss Frisella, the village baker. Among cooking utensils such as magic wands, recipes that reveal emotions and a drop of magic oil that can awaken a talking book, our heroes will be able to solve everyday problems and grow as chefs, like magicians, but above all as people.

A skilful mix of action, fun, friendship and teamwork for fantastic adventures, during which the Trullalleri will be able to get the better of Copperpot and will carry on their mission discovering that a recipe in the kitchen is a recipe for life.

← The first trailer of the next Transformers movie has been announced "The Smurfs" new animated series soon on TV! →