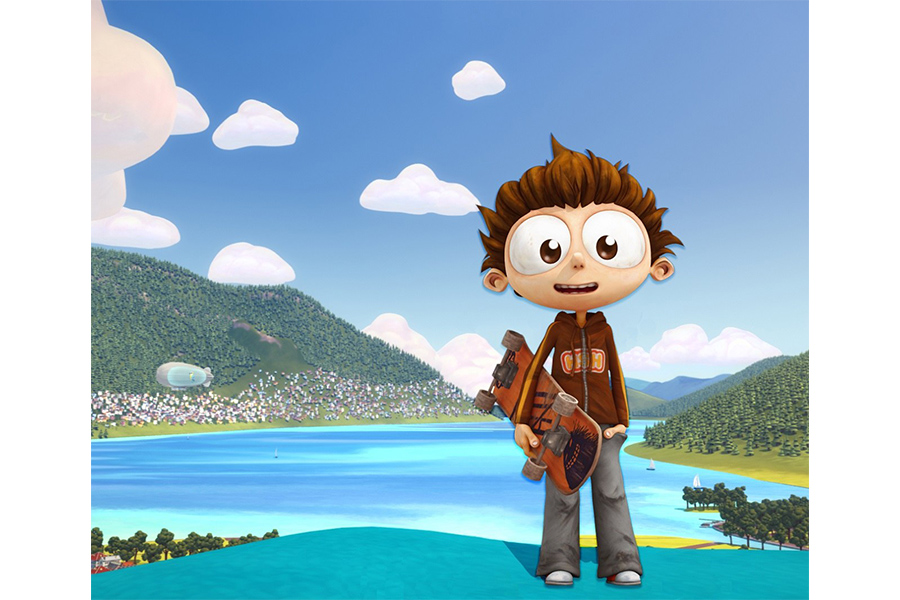 European CGI studio TeamTO has been invited to create the official welcome video for the 2018 Annecy International Animation Film Festival.

In an historic first, the promotional video will also feature the star of their international hit series Angelo Rules taking a virtual reality skateboarding romp around Annecy.

Patrick Eveno, Director of Citia said, “Annecy 2018 will be making an even bigger space for VR this year. For this reason, we are particularly thrilled that TeamTO, to whom we are very grateful, have created this VR experience for our Festival goers!”

The high-profile 1’30” welcome video is used to promote the Animation Festival itself across the animation world, as well as introduce the screenings of officially selected Festival entries from around the world.

It is an honor to be awarded producer of this year’s trailer,” added Guillaume Hellouin, President of TeamTO. “Angelo is an icon for the studio, so it was really fun to make him ride all over Annecy. And once we joined him on that ride, we just couldn’t resist developing it into a full 360 version!  We hope everyone will enjoy flying through Annecy like they never have before!”

In TeamTO’s maverick version, the star of their hit animated comedy Angelo Rules makes a dramatic entrance into the Festival following an ill-conceived ride down a massive ski slope on his signature skateboard.

Angelo’s charm and skateboarding capers gained international fame and a firm fanbase thanks to four seasons of Angelo Rules which aired in 100+ markets, and four digital games which together have been downloaded over 6 million times.