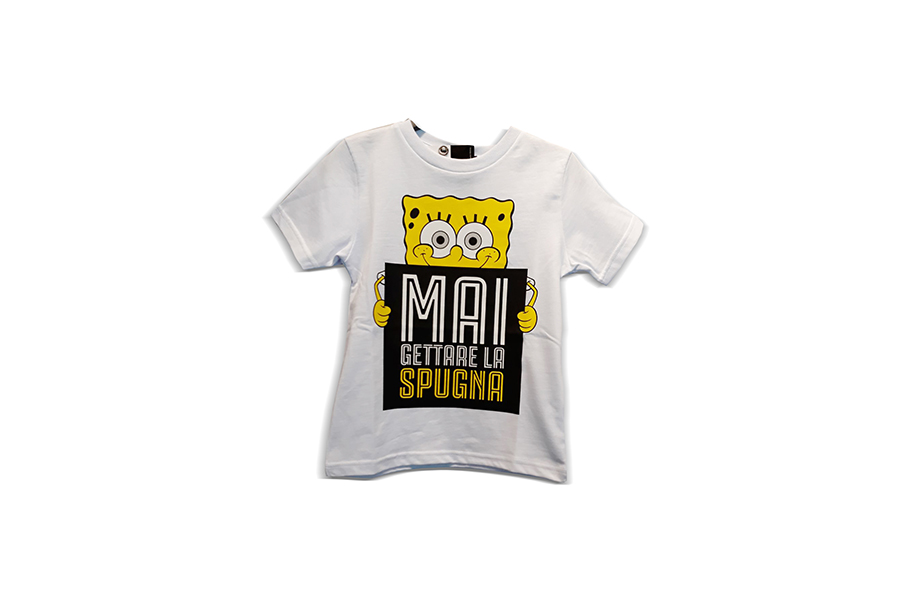 A special collection from the partnership between Spongebob and Juventus

It continues the project #MaiGettareLaSpugna, an initiative between Spongebob and Juventus

Starting from last May 19th, in all Juventus Stores throughout Italy it’s possible to buy the new collection #MaiGettareLaSpugna. An exclusive summer capsule collection consisting of t-shirts and sweatshirts that combine Spongebob, Nickelodeon’s most beloved property, with the Juventus logo and colors, the most loved team in Italy. The first phase of the collaboration between Spongebob and Juventus under the banner of #MaiGettareLaSpugna was an online contest for children between the ages of 6 and 14 active in the month of April. The 10 winners were able to enjoy a VIP experience during the Juventus-Bologna match held last May 6th, when they met their favorites Juventus players.

#MaiGettareLaSpugna is one of those values that sport has taught us since childhood: it is about the ability to keep on trying, despite the failures that can be encountered, it is that “force” that helps us to reach our goals whatever they are. After all the final result is not so important if we have given the maximum of ourselves.

Everything starts from the love of games, fun and sport that teach children and adolescents some of the most important values of life.

Perseverance is the constancy of continuing on the path taken by not giving in to the obstacles or difficulties that can be encountered on the path.

And this is the reason why Spongebob, the most loved and well-known property of Nickelodeon – a brand that is part of Viacom Italia, a company led by A.D. Andrea Castellari – and Juventus have decided to work together to bring this principle first in the fields of football and sport in general and now also in the stores.