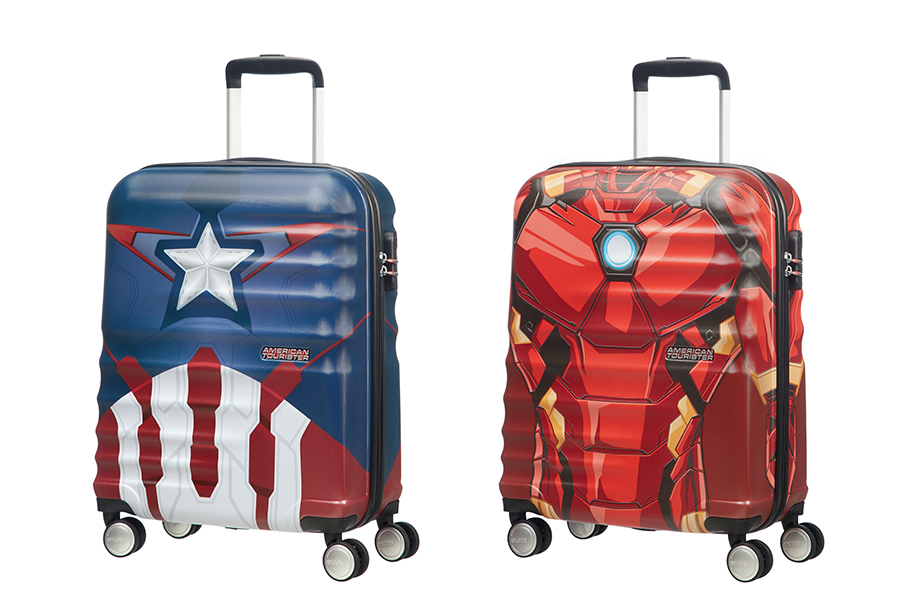 “AVENGERS: INFINITY WAR” from cinema to all children’s homes

Tags from the story: Avengers, Disney.

After having conquered the box office, “Marvel Avengers: Infinity War” conquers also all the homes of children!

The release of the highly anticipated film Marvel’s Avengers: Infinity War has been accompanied by a wide range of products that Disney has developed together with its licensees. There are many novelties customized by the invincible superheroes: clothing, accessories, toys, toiletry products, foodstuffs and a completely dedicated Back To School collection.

Toys & Stationery: to relive so many exciting adventures at home, Hasbro has created the exclusive Iron Man’s Hero Vision Helmet, the only one to use AR technology to offer a brand new game mode, completely immersing himself in the adventures of his favorite heroes.

To the proposal are added, blaster Nerf, roleplay and action figures that reproduce accessories and characters of the film. High-speed games instead with new vehicles and Mattel‘s dedicated track. Lego is the line that includes the brand new sets with which children can have fun reconstructing the characters and scenarios of the film. And to feel like a real superhero at any time of the year Rubies has thought of a new line of costumes for adults and children.

Finally, everything is ready for the Back to School 2018 thanks to Seven who has made backpacks, cases, notebooks and everything children need to go back to school with the team of superheroes stronger than ever. And for collectors, all the characters of Avengers: Infinity War film are the protagonists of the new Funko line.

Food: Ferrero offers a special limited edition of the famous Kinder Ferrero Snacks dedicated to Avengers: Infinity War. Each package is personalized in a different way and contains three Panini stickers to collect. Limited edition also for the BIO Raggi Di Sole by Scoiattolo, Ravioli of fresh egg pasta with stuffing Peas & Ricotta and Pumpkin & Carrots. Each pack is personalized with the main characters of the film: Captain America, Thor, Iron Man, Black Widow, Hulk and Spider-Man and in each pack there is a sticker of Avengers: Infinity War to collect.

Beauty: Admiranda offers a line of hair & body products in 2D and 3D that will transform the moment of the bathroom into a playful parenthesis. Apple Beauty has instead created several gift sets with eau de toilette. There are CleanPaper paper towels to keep always with them.

In all the Italian Disney Stores and on the website www.disneystore.it there is a wide range of exclusive products inspired by the characters of Avengers Infinity War that includes toys, clothing, costumes and accessories.

The extraordinary adventures of the Marvel superheroes relive in the special Panini sticker album that retraces with its 180 cards and 50 special cards the previous films of the Marvel Cinematic Universe up to Avengers: Infinity War.

← Oggy and the Cockroaches: Xilam expands its licensing program THE SUMMER WITH BEN 10 HAS BEGUN →