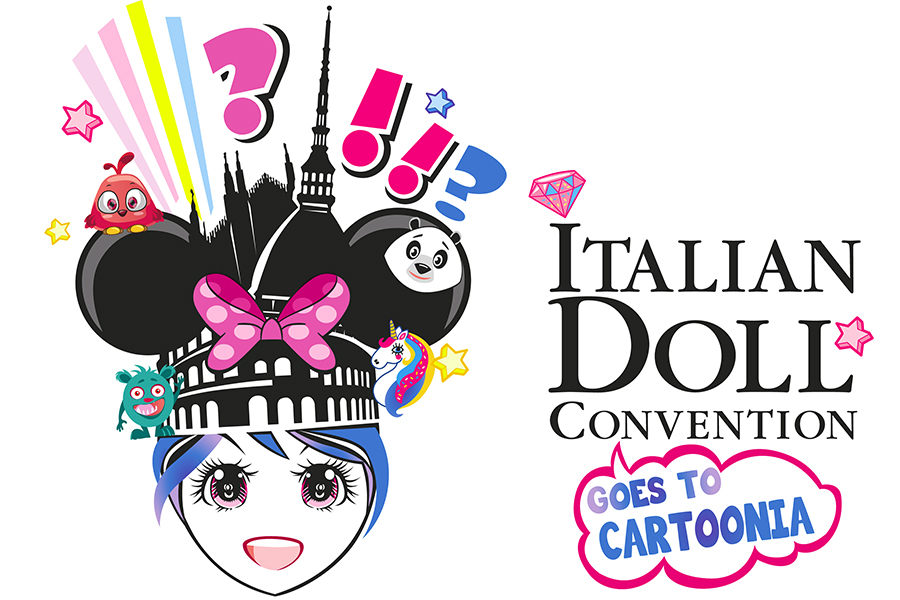 The Italian Doll Convention 2018 celebrates the passion and connections between the world of cartoons and fashion dolls!

For many of today’s adult collectors, there were only two important things in the ’70s and’ 80s: Barbie and cartoons!

That was how the children of that time, adults and passionate collectors of today, grew up with Goldrake, Creamy and Barbie! A thousand and more cartoons and manga comics that have influenced the culture and growth of entire generations and which are celebrated this year in the eighth edition of the Italian Doll Convention, now grown and become the ever largest convention dedicated to the world of collecting of fashion dolls in Europe.

The pinkest event in Italy has over 300 participants from all over the world as usual and it will take place in the beautiful venue of the Melià Hotel Milano on the weekend of 18th through 20th May 2018.

Increasingly rich of international participants who come to Milan from all over the world (Australia, USA, Japan and many European countries), this event is developed along three days of pure fun and meetings, as well as two evenings of parties and gala, and it has been able to combine the passion of collectors with the culture of the doll, with seminars and meetings with the most famous designers in the industry. This year the Italian Doll Convention is honored to welcome and host the principal designer Barbie, Linda Kyaw who will be at her first time in Italy.

Linda Kyaw, is not only one of the most beloved collectors’ designers, but is the creative and responsive mind of @barbie style’s social Instagram project, followed by nearly two million followers worldwide and the real media case of the Barbie world.

She will be also protagonist of a mini personal exhibition that will retrace her career exposing the most representative collectible Barbie created for Mattel, as well as the special and exclusive one-piece Barbie, which will be donated to a charity auction on E-bay in favor of Dynamo Camp.

Charity is one of the activities that the Italian Doll Convention has always carried out with extreme transparency and tenacity, collecting over 110,000 Euros in past editions to important charity partners such as Cesvi, Dynamo Camp, Sos Bambini, Casa Oz and many others.