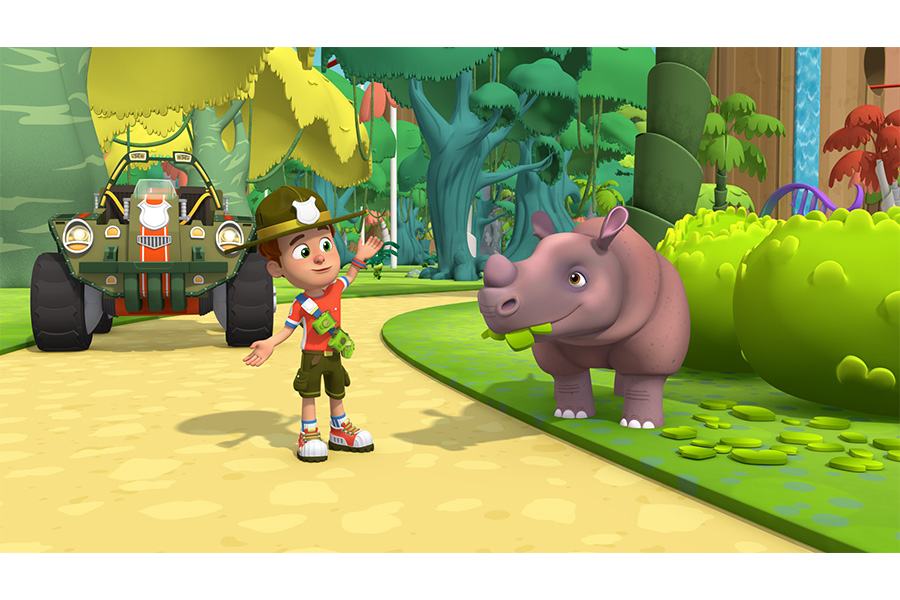 Season two of the preschool adventure series begins this June on Treehouse in Canada.

Nelvana also announced a captivating Ranger Rob game app for preschoolers, Welcome to Big Sky Park. Launching this summer, the game will be available for free download in the App Store and Google Play, and will allow kids to explore and engage in Ranger Rob’s Big Sky Park with all of their favourite characters from the series.

The new deals join a growing list of previously announced partners and licensees with Ranger Rob including: master toy partner, Imports Dragon; live entertainment firm Round Room Presents for the Ranger Rob Live Tour this Fall, with locations and dates to be announced in May; Chouette Publishing which will launched two titles, A Campfire Story and Nature Quest in both English and French in Canada and the U.S. in April; and Sprout, the preschool destination within NBCUniversal Cable Entertainment’s Universal Kids network, which broadcasts the series in the U.S.

Ranger Rob follows the adventures of 10-year-old Rob and his friends around Big Sky Park, the coolest natural outdoor adventure park: Stomper, a talking Yeti, Chipper, a robotic car, fun-loving pal Dakota and others. Whether they are flying or driving in Chipper, zip-lining through trees or snowboarding through frosty fields, they love discovering and exploring all the park has to offer. Each episode of the series takes viewers on a new adventure, cultivating the spirit of exploration and curiosity, and inspiring kids to get outside to play and discover.