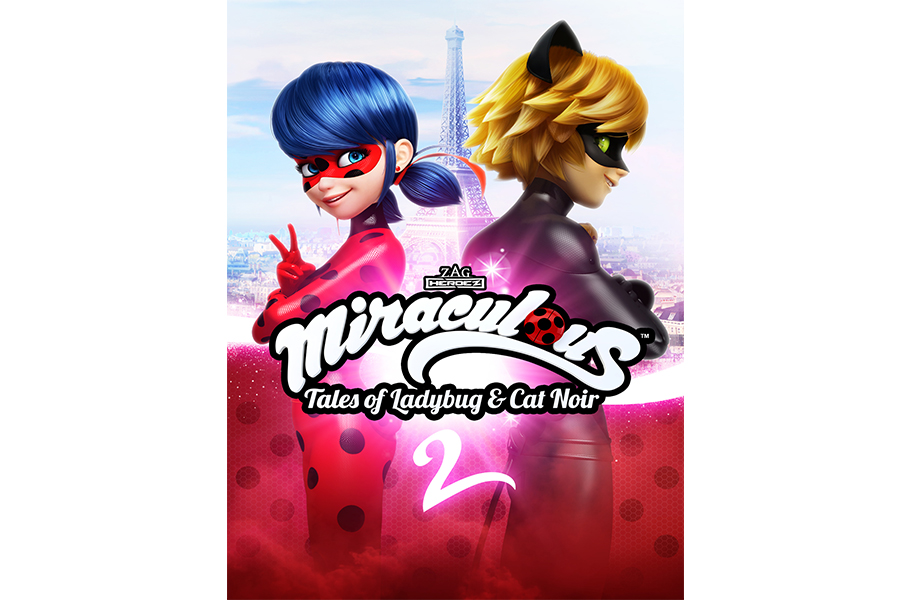 The hit comedy-action animated series Miraculous™ – Tales of Ladybug & Cat Noir is a ratings sensation, with a huge global following. The show centres on Marinette and Adrien – who have been given the ability to transform into superheroes, Ladybug and Cat Noir. As the chosen ones, they must work together to protect Paris from the evil doings of Hawk Moth and his newly transformed “friendly” villains found in each episode and get their homework in on time.

The show now airs in over 120 countries and season one ranked in the ‘Top 10 Kids Show Overall’ across Europe. A live-action feature film is set to be distributed by a major studio in 2020, and the brand has a strong online presence – with over 17 billion YouTube watch time minutes and 3.4 billion views.

In the UK, the series is a top-ranked show on both Disney Channel and Pop and they have been able to share the airwaves. Netflix is also streaming Season 1 in the UK. The second season launched on exclusively on Disney Channel on November 4, 2017 – as part of the channel’s high-performing animation line up – and is pulling in significant ratings figures. Disney will have an exclusive airing window for one year.

The new partners are Smith and Brooks (apparel, including t-shirts, leggings, dresses and swimwear), William Lamb (bags and purses) and Rainbow (costume character). These deals come hot on the heels of agreements with H&A (health and beauty) and Sambro (arts and crafts).

Bulldog Licensing MD Rob Corney is delighted with the brand’s performance: “The popularity of Miraculous™ is incredible and this is translating into the licensing sector, with retailers across the UK reporting strong sales of branded merchandise, so it’s no surprise we have so many partners joining the programme.”

Planeta Junior will be responsible for local brand development in Spain, Portugal and Italy...

Planeta Junior will be responsible for local brand development in Spain, Portugal and Italy Planeta Junior, a leading European children’s and family entertainment company, has just signed an agreement with 9 Story Media Group and Karma’s World Entertainment to...