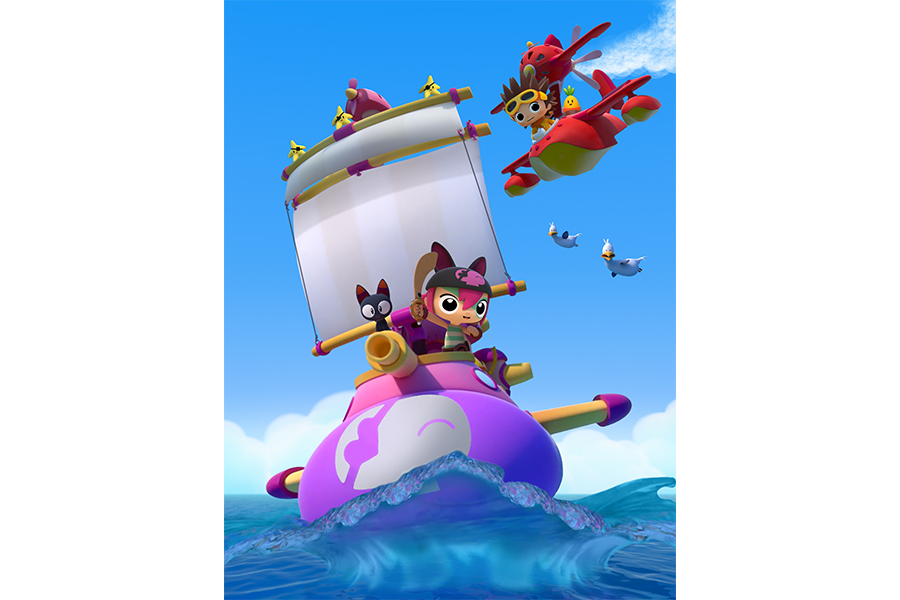 Now Pirata & Capitano has been localised for a UK audience by BTI Studios (btistudios.com), one of the world’s biggest media localization companies, providing dubbing, subtitling and access services in any language.

At the helm of her own ship, the Pink Skull, Pirata travels the Great Sea with her trusty crew in search of adventure. Her best friend Capitano, flies a red seaplane and joins them on their nautical explorations. Filled with adventure and humour, the series is an exciting quest for treasure, which also teaches viewers the importance of teamwork and friendship.

This delightful show offers a wide range of possibilities for licensing partnerships, notably in toys, gifts, stationery and publishing. Licensing Link will be discussing these and other opportunities with visitors to Licensing Expo in Las Vegas.

Pirata & Capitano is fun, inventive and colourful. It’s also groundbreaking. This is the first animation series to be fully produced in Global Illumination, using technology developed by Dwarf Studios – a process that models how light bounces off surfaces onto other surfaces (indirect light). Most animation only models light that hits a surface directly from a light source. The result of Global Illumination is cartoon lighting that is more realistic and lifelike.

Ian Wickham, Director, Licensing Link Europe, says: “Pirata & Capitano is already gaining a strong following in a number of territories and, with its arrival in the Milkshake! block, is certain to do the same in the UK. With its vibrant imagery, beautiful high definition animation and fantastic storylines, we are sure its licensing performance will mirror that popularity. We are absolutely thrilled to be working with this great show from one of the major players in European entertainment.”