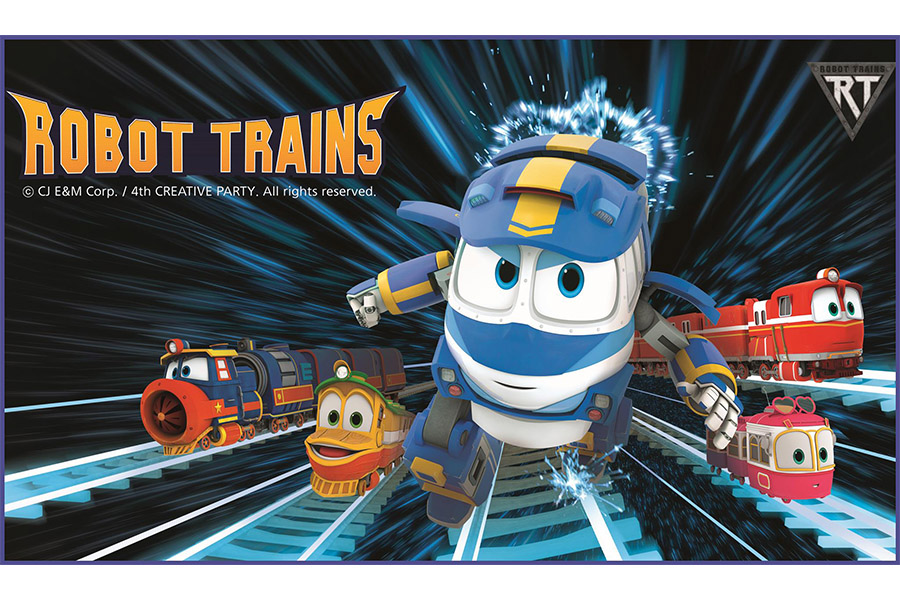 Mondo TV, one of the largest European producers and distributors of animated content, has announced a three-year deal that will bring the first two series of the new children’s 3D CGI animated action-adventure show Robot Trains to the Middle East. Season one will show daily from May in Arabic on DKids, a pay TV channel owned by Discovery, which broadcasts across the region. Season two, which is already in production, is due to appear in February 2019.

This exciting 32 x 11’ animated series for children aged between four and seven years is set in Train World, where all the citizens are trains. However, among the residents there are special trains that can transform into robots!

The show, produced by one of South Korea’s largest content and marketing companies, CJ E&M, is already a big hit in Korea where it has enjoyed licensing success in toys, publishing, kitchenware, food, back to school, stationery and more.

Robot Trains is distributed and licensed by Mondo TV in a number of territories across Europe, including Italy, Spain and Portugal, the Middle East and the Pacific region. Mondo will not only distribute and license the second season of Robot Trains in all these territories but will also be partnering with CJ E&M to co-produce the new series.

Matteo Corradi, Mondo TV CEO, says: “This is an important deal for Robot Trains, bringing it to millions of kids in the Middle East. With a cast of delightful characters, exciting storylines and amazing animation, we think this will be a big favourite with DKids viewers.”

Hyunil Park, CJ E&M VP, says: “I am delighted at the speed with which Robot Trains has built a presence in so many markets. Mondo TV has certainly proved itself a valuable distribution partner and I am sure Robot Trains will be a major hit in the Middle East.”

← Holly Hobbie™ to be Produced as Live-Action Kids Original Series Yu-Gi-Oh! THE DARK SIDE OF DIMENSIONS Makes Its Way to STARZ Networks in the U.S. →