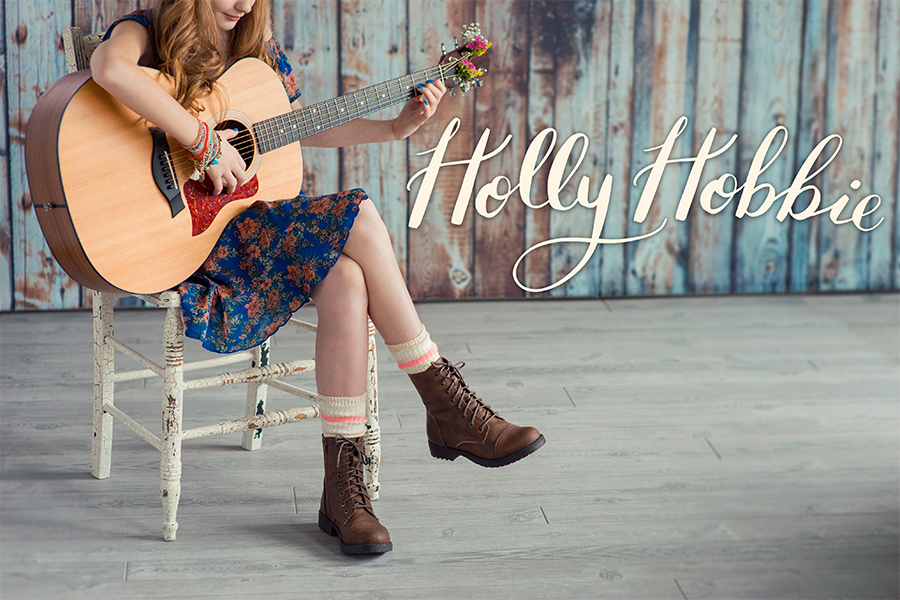 Holly Hobbie™ to be Produced as Live-Action Kids Original Series

Scripted Series and Reinvention of Classic Holly Hobbie Brand to Stream Exclusively on Hulu in the US and Family Channel in Canada.

Aircraft Pictures (2018 Academy Award® and Golden Globe Award nominated producers of the animated feature film “The Breadwinner”) in association with American Greetings Entertainment (creators and producers of “Buddy Thunderstruck” – the 2018 Emmy nominated stop-motion series) announced they will be partnering to produce an all-new and contemporary scripted take on the venerable Holly Hobbie™ brand as a live-action kids series. Holly Hobbie will make its US debut in Fall 2018 exclusively on Hulu, followed by its debut in Canada on Family Channel.

In a first-of-its-kind co-commissioning structure, the series has also been pre-sold to Universal Kids, NBCUniversal Cable Entertainment’s network for kids, who will have the linear rights to the series after it streams on Hulu.

First introduced by American Greetings in 1967, Holly Hobbie is recognized worldwide as the bonneted “Blue Girl” in paintings and illustration, accumulating more than 50 years of fans and $1B in worldwide licensed product sales.   This new 10 episode single-camera series, produced by showrunner Sarah Glinski (“Degrassi: Next Class”, “Degrassi: The Next Generation”), updates Holly as an aspirational, modern-day 13 year-old singer/songwriter.  A dreamer and doer, Holly plans on saving the world someday but is happy to start in her own small town.

“The original Holly Hobbie character is such a cherished piece of nostalgia that conjures feelings of joy and optimism for so many people,” said Anthony Leo, Producer, Aircraft Pictures. “It’s an honor to have the opportunity to bring those same sentiments to the screen for a new generation, and with such a talented team of collaborators.”

Beginning principal photography in May 2018, the new series is produced with the financial participation of the Shaw Rocket Fund. Holly Hobbie Producers are Anthony Leo and Andrew Rosen of Aircraft Pictures (“The Breadwinner”, “Bruno & Boots: This Can’t Be Happening At Macdonald Hall”) with Karen Vermeulen, Ryan Wiesbrock and Sean Gorman of American Greetings Entertainment (“Tinpo”, “Buddy Thunderstruck” and “Care Bears”) and Matthew Wexler (“D.N.Ace”, “Paw Patrol”) of Wexworks Media serving as Executive Producers alongside Sarah Glinski. In addition to Glinski, the writing team includes Courtney Jane Walker (“Degrassi: The Next Class”, “Living in Your Car”) and Cole Bastedo (“The Next Step”, “Mr. Young”).