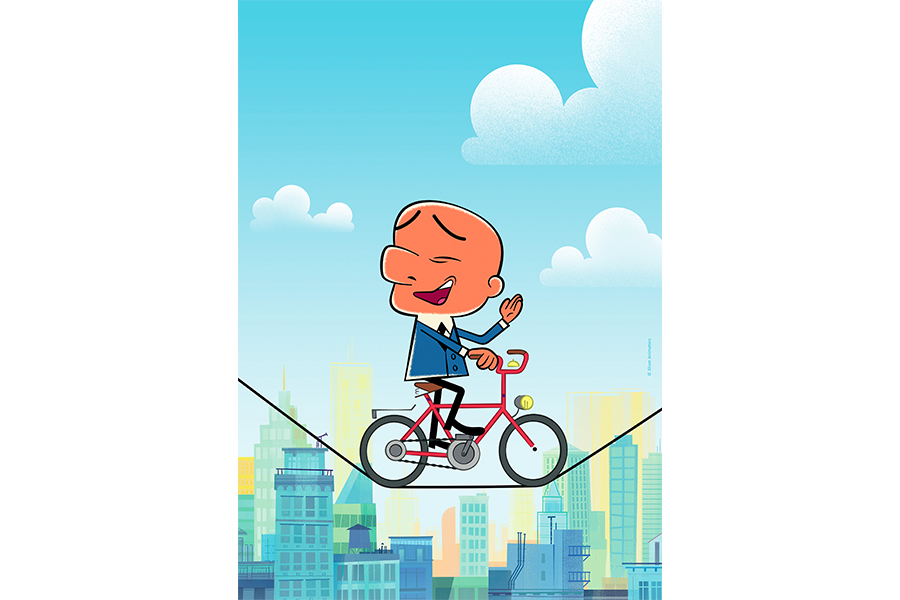 Based on the hugely successful classic of the same name, the new Xilam-produced programme will launch for UK audiences on ITV and CITV from Spring 2019.

The eponymous disaster-prone senior who first appeared on screens to delight young audiences nearly 70 years ago will continue to cause just as much chaos as before – mainly because he forgets to put his glasses on.

Xilam’s Mr Magoo was originally commissioned by France Télévisions, with Cartoon Network Asia and Discovery Italy’s K2 also on board as broadcasting partners.

Darren Nartey, ITV’s Programme Acquisitions Executive, said: “We are thrilled to be the home of Mr Magoo in the UK. It is a fantastic comedy and his antics will be a must see for both fans of the classic series and those discovering it for the first time.”

Morgann Favennec, EVP Global Sales Development at Xilam Animation, added: “The UK is a major market and we are thrilled to expand Mr Magoo’s global presence with ITV. The trust and confidence both ITV and CITV have put into our series will further boost this iconic brand in the UK and allow a whole new generation of fans to meet Mr Magoo. The warmth and humour of this outstanding comedy will resonate with kids in the UK as it does globally, combining hilarious slapstick elements with witty writing to create a stellar series they’ll keep coming back to.”

In the neighbourhood, everybody loves Mr Magoo – the lively, kind-hearted and cheerful guy always happy to give a helping hand. But beware – he also causes disasters! Without his glasses, he mistakes his surroundings for other places, gets people mixed up, and wreaks havoc everywhere he goes. All his neighbours have kindly adjusted to his uniqueness…except for one: a megalomaniac hamster by the name of Fizz whose sole goal is to have all of humanity recognize his tremendous genius. He’s determined to leave his mark on history, but somehow Magoo always interferes, forever thwarting Fizz’s crazy plans!

Mr Magoo will be a key priority for Xilam in terms of consumer products development, starting with France and the UK.

Mr Magoo has been adapted from John Hubley’s original series, created in 1949, by Olivier Jean-Marie and is directed by Xilam’s Hugo Gittard.