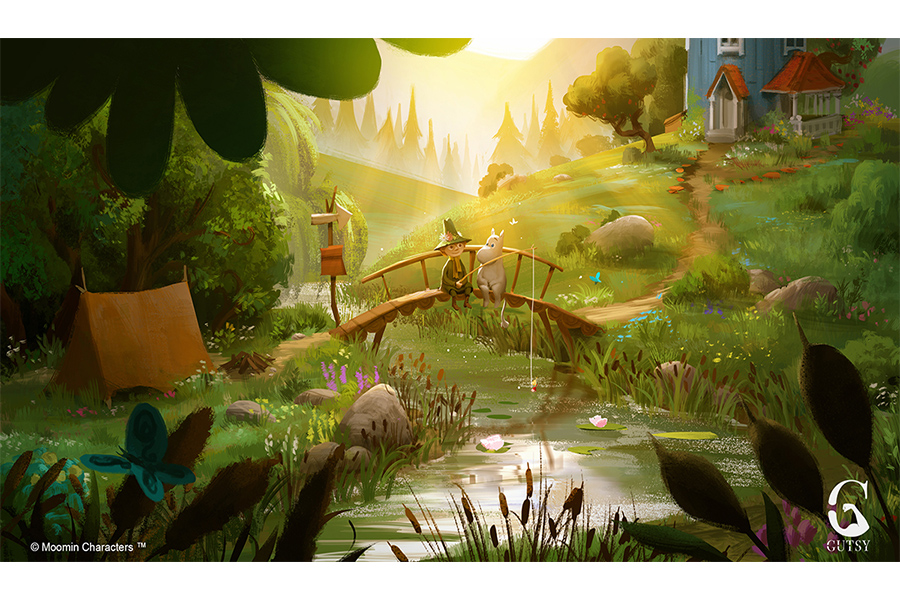 Jennifer Saunders (Absolutely Fabulous, French & Saunders), Matt Lucas (Bridesmaids, Doctor Who) and Alison Steadman (Gavin & Stacey, Pride & Prejudice) are among a new raft of names revealed to be joining the cast of upcoming animation, MOOMINVALLEY. They are the latest stars to be associated with the family drama, with previously announced cast members including Taron Egerton (Moomintroll), Rosamund Pike (Moominmamma), and Kate Winslet (Mrs Fillyjonk).

The show’s production company, Gutsy Animations, has confirmed that Saunders is on board to voice the character of Mymble, while Steadman and Lucas will lend their voices to Emma the Stage Rat and Teety-Woo, respectively. Katie Leung (Harry Potter and the Goblet of Fire) and Rebecca Root (The Danish Girl, Boy Meets Girl) are also welcomed into the fold, voicing the characters of Too-Ticky and Misabel.

Speaking about her excitement to be cast in the show, Alison Steadman said, “I was so thrilled to be asked to take part in Moominvalley. It’s such a brilliant show and different from anything I’ve ever done before. The recording was so fun, I didn’t want it to end!”

MOOMINVALLEY is based on the beloved Moomin stories by Finnish-Swedish artist Tove Jansson and will consist of two series of 13 x 22-minute-long episodes. It will broadcast in 2019 on Sky One in the UK and public broadcaster YLE in Finland. The show is being created by an outstanding team, including Oscar®-winning director Steve Box (Wallace & Gromit: The Curse of the Were-Rabbit).

Creative Director and Executive Producer at Finland-based production company Gutsy Animations, Marika Makaroff, said, “We always knew we had a very special project on our hands and it is extremely gratifying to see that others – so many of whom have worked on countless award-winning films and shows – think so too. We’re delighted to welcome these exceptionally talented actors to the MOOMINVALLEY family and can’t wait to share their, and our, work on the show with the world.”

The Moomins are one of Finland’s biggest exports and have a global fan base. They have enjoyed popularity in the UK since the 1950’s, when the original Moomin comic strips were published in the Evening News newspaper. The show has the approval of Moomin Characters, the business set up by Moomin creator Tove Jansson and her brother Lars in the 1950s, and Bulls Licensing, their global licensing agent.