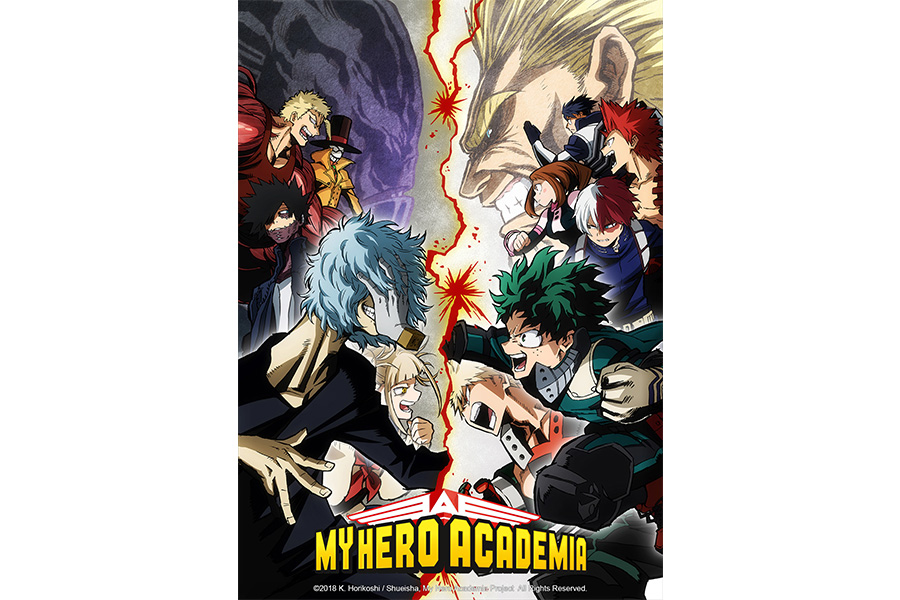 My Hero Academia: the next generation of heroes returns for a 3rd season!

Tags from the story: My Hero Academia, VIZ Media Europe.

VIZ Media Europe, the European leader in managing rights for Japanese animated series, is pleased to announce the acquisition of the third season of the most expected anime this year: My Hero Academia.

VIZ Media Europe has acquired the distribution rights (Simulcast, TV, VoD, DVD, Blu-ray and merchandising) for the third season of My Hero Academia, in Europe (except United Kingdom and Nordic Countries), Middle-East and Africa.

Adapted from the eponymous manga series that was created by Kohei Horikoshi and published in France by Ki-oon, My Hero Academia takes place in a society where 80 % of the population possesses superpowers (also known as ‘‘Quirks’’). What would the world be like if that was the case? Heroes and villains would be battling it out everywhere! Middle School student Izuku Midoriya wants to be a hero more than anything, but he hasn’t got an ounce of power in him. With no chance of ever getting into the prestigious U.A. High School for budding heroes, his life is looking more and more like a dead end. Then an encounter with All Might, the greatest hero of them all, gives him a chance to change his destiny.

My Hero Academia is the new hit series that skilfully mixes manga and American comics codes for an astonishing result! Pre-published in the biggest shonen magazine in Japan (Weekly Shonen Jump, Shueisha), the series is such a success that a movie is planned for this summer and a Bandai Namco video game (PS4, Xbox One, Nintendo Switch et PC Digital) this fall.

My Hero Academia hit Europe with a huge success: 4th best seller in France in 2017 where it’s been read more than a million times already! It’s also published in Germany, Italy, Poland, Spain, Turkey and United Kingdom. The anime series has been viewed in streaming/VoD more than thirty million times, and broadcasted on TV in several countries.

The super-heroes are back on active duty with a thrilling twenty-five episode long third season! In this new arc, All Might, The Symbol of Peace, has become the target of every super-villains. The Yuei students are in summer camp where their teachers have prepared intense training sessions. The goal of these exercises is to quickly reinforce their Quirks. Despite of a thorough coaching, the trainees are not only facing the raging elements but a more terrifying menace.