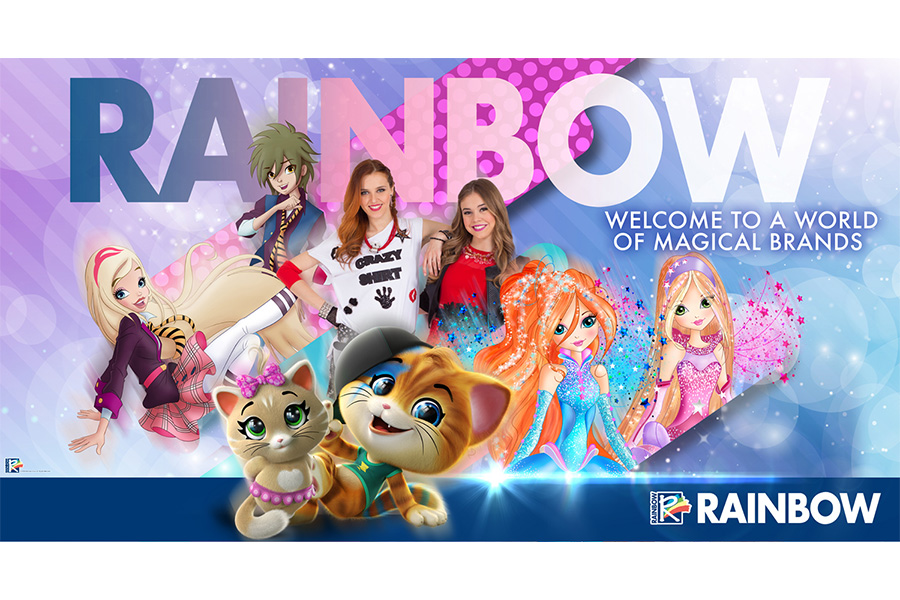 Rainbow, the content powerhouse behind some of the world’s most successful kids brands, will present a range of hit brands at the Bologna Licensing Trade Fair (Hall 31 B34) and the Bologna Children’s Book Fair (Hall 26 B24).

Regal Academy is the hilarious, fresh and funny show that takes the familiar world of fairy tales and turns it on its head through the adventures of Rose Cinderella, a normal girl who suddenly finds herself in the world of Fairy Tales. Here she discovers that Cinderella is… her granny! Rose is enrolled at the fabled Regal Academy where her fellow students include Hawk SnowWhite, Travis Beast, Joy LeFrog, Astoria Rapunzel and LingLing Iron Fan, all of whom belong to the school’s founding families. A superb new season of the show is now on offer – with rich new content and a high quality of animation – that is currently wowing audiences across the globe.

Maggie & Bianca Fashion Friends is a huge Italian success story, with millions of fans across the country. This live-action show has matched the success of the world’s biggest kids brands through its utterly compelling mix of fashion, friendship and music. It tells the story of Maggie – an ordinary American girl with a dream of becoming the world’s greatest fashion designer – who wins a scholarship at the Milan Fashion Academy. There she meets Bianca, a self-proclaimed Italian ‘princess’, and together they make friends with other students, who all share a passion for fashion and music. The show has now reached series 3, where the young friends leave Italy to live in America and face difficult choices about their future friendship and relationships. The Moodboards – the band from the show – have also been entertaining crowds throughout Italy on a sell-out live tour. In addition, the show has reached millions worldwide and has also inspired two TV movies, two music CDs from Sony.

44 Cats is a Rainbow production in collaboration with Antoniano Bologna. The show is Rainbow’s latest exciting TV series – a sumptuous 52 x 13’ CGI preschool comedy series that follows the daily adventures of Lampo, Milady, Pilou, and Polpetta – cats who are all part of a music band named The Buffycats. The four kittens are homeless and get shelter in a garage, transforming it in a ‘Clubhouse’. This big-hearted series promotes positive, can-do attitudes, and conveys a positive message in a funny environment. The cats in the show, just like kids, find creative solutions to everyday hitches by dealing naturally with important themes like tolerance, diversity and acceptance.

Winx Club has been delighting Italian audiences since 2004 through magical content that shows the importance of empowerment, friendship, adventure and feelings. This evergreen classic now boasts 182 episodes produced, 4 TV movies and 3 theatrical releases. Series 8 – featuring 26 brand new episodes – will premiere at the beginning of 2019 to celebrate 15 years since the launch of the brand. A Netflix original series based on the brand (World of Winx) is also available across the globe.