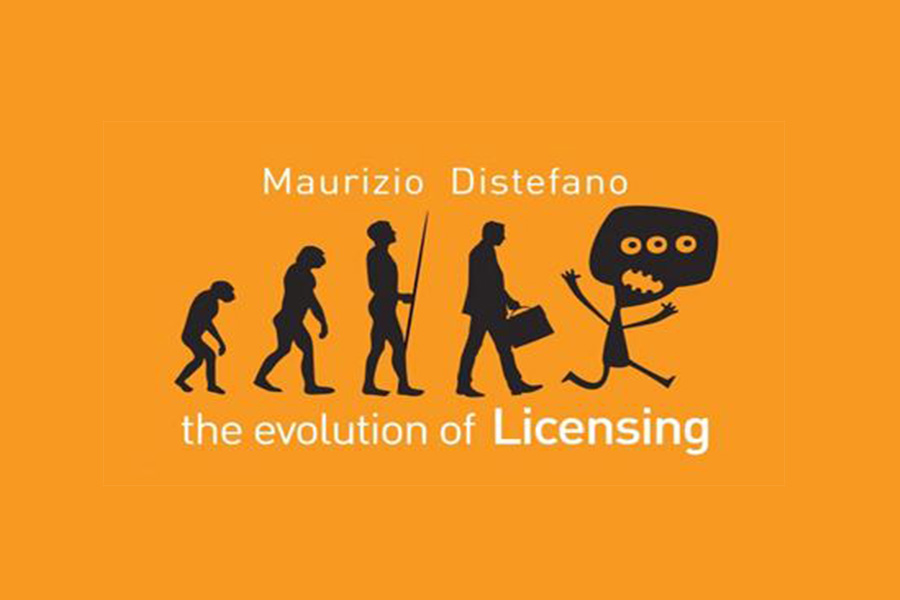 Find out about new and established properties – and expansion plans – at stand A/7.

At this year’s Bologna Licensing Trade Fair, taking place from the 26-28 March, leading agency Maurizio Distefano The evolution of Licensing (MDL) will be underlining its continuing growth and development by promoting its enormously successful roster of established properties – and some exciting new properties – at stand A/7 in pavilion 31. MDL will also be highlighting its expansion into new markets across southern and eastern Europe.

This is an agency that offers a portfolio of carefully chosen, trendsetting and diverse brands, ranging from animated series and hit films to classic games and lifestyle brands. Names to watch out for include global hits like emoji® —THE ICONIC BRAND, Paddington, Tetris® and Angry Birds, up-and–coming names like Hamsta, and fashion and design brands such as Chic & Love.

Further confirmation of the dynamism of the agency comes in the shape of some major new representations that will be presented at the fair. They include Tetris®, one of the most recognizable and influential video game brands in the world, which will celebrate its 35th anniversary with fans throughout 2019. MDL manages merchandise licensing for the Tetris Brand in Italy and Eastern European countries.

Masha and the Bear is one of Italy’s most popular preschool entertainment brands. Today, with a popular TV show on its third series aired in Italy on Rai YoYo, two spin-off shows, an established licensing programme with partnerships with leading brands, a live touring show and a special area in a major theme park, Leolandia, the Animaccord’s property enjoys a level of awareness that most brands would envy.

MDL signed the highest number of licensees for Rovio Entertainment’s Angry Birds brand in the 2015-16 timeframe for a single country. With the second Angry Birds movie set to release in 2019 and whopping 4 billion games downloads since 2009, the property is likely to remain a leader in the MDL portfolio for some time to come.

emoji® — THE ICONIC BRAND takes the notion of tens of billions of messages sent daily and containing almost six billion icons, and brilliantly translates it into a brand with an appeal that crosses generations and genders and that has an enormous library of graphics. It’s certainly struck a chord in Italy.

ALVINNN!!! And the Chipmunks is an all-new version of the much-loved kids’ show, with a new design, innovative animation and a new original song in each episode. The success of the series has led to a strong licensing campaign managed by MDL.

The inhabitants of Hamsta World combine the cute look and habits of real hamsters with a hilarious language and a whacky style that borrows from many global cultures. Now Hamsta World is all set to make the transition from the web — where its short films have made a major impact — to merchandising success.

A number of kids’ properties with strong licensing potential have joined the MDL roster. They include Monchhichi, the new animated television series, aired on DeA Junior. Inspired by the cult toys of the seventies, it tells the adventures of little monkeys that create children’s dreams. Zig & Sharko is a popular French animated series aimed at six-to-nine-year-olds, telling the hilarious story of Zig, an island-bound hyena, who has plans to turn Marina the mermaid into his lunch, and Sharko, who always comes to Marina’s rescue. Aired in Italy on both DeaKids as well as K2. A top performing show on Gulli in France, Super RTL in Germany, VRT in Belgium, Karusel in Russia with a third new season currently in development. Asterix is, of course, a multi-million-selling publishing success and the star of animated and live action films. A new adventure is due in 2019, supported by a strong licensing push for one of Europe’s best-known properties.

A recent addition to MDL’s lifestyle portfolio is Chic & Love, a fashion and accessories brand that combines a sexy and attractive street look with a modern and comfortable style – and, thanks to an alliance with one of the world’s most famous luxury brands, Chic & Love will incorporate Swarovski® crystals into many of its collections.

Visitors to stand A/7 can also hear more about a Southern European partnership through which MDL represents Sony Pictures in Italy (with a portfolio that includes Men in Black and Ghostbusters 35th Anniversary) and the opening of a new affiliate office in Warsaw.

The new Warsaw office not only serves as a base from which to grow Polish business but will also allow MDL to explore and develop other eastern European territories. This is an important development for a young agency – MDL celebrates its fourth anniversary just after the Bologna Licensing Trade Fair – that is most definitely making its mark in European markets.

Maurizio Distefano, President, MDL, says: “It’s been a busy 12 months since our last appearance at the Bologna Licensing Trade Fair. We have acquired new properties, further enhanced the performance of our existing properties and explored new markets and new partnerships – and there’s much more to come. Visit stand A/7 and we’ll tell you more!”