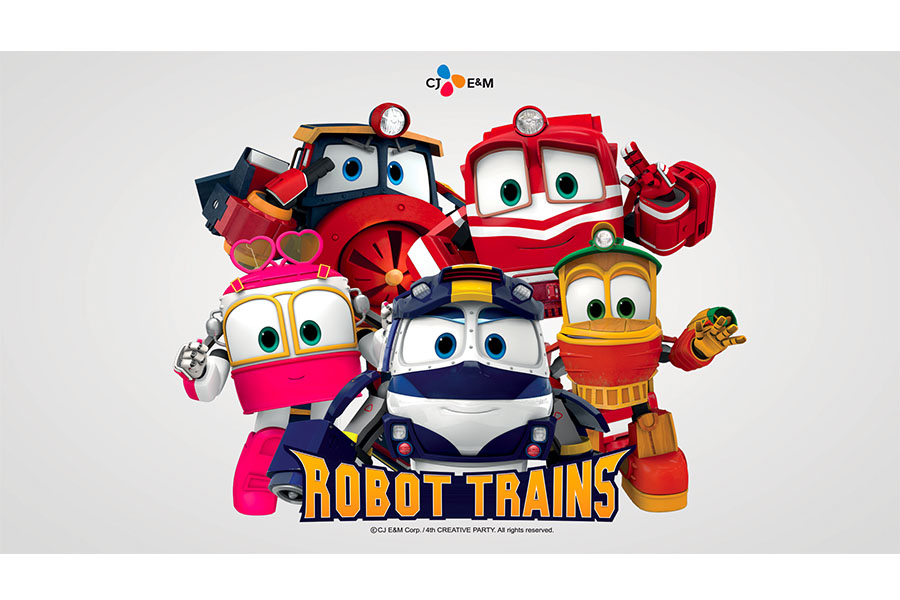 Mondo TV, one of the largest European producers and distributors of animated content, has announced an agreement with independent publisher Kennedy Publishing to feature Robot Trains in its pre-school publication 321Go! The arrival of Robot Trains in the magazine coincides with the imminent launch of the new children’s 3D CGI animated action-adventure show on Cartoonito UK.

321Go!, a pre-school children’s magazine devoted to stories, puzzles, crafts and more, will feature Robot Trains in six issues, beginning with issue 6, which goes on sale on the 28th of February 2018, shortly before the prime time launch of Robot Trains in the UK in March. Each issue will contain at least one activity page devoted to the speedy and brave inhabitants of Train World.

Robot Trains is an exciting 32 x 11’ animated series for children aged between three and five years set in Train World, where all the citizens are trains. However, among the residents there are special trains that can transform into robots!

The show, produced by one of South Korea’s largest content and marketing companies, CJ E&M, is already a big hit in Korea where it has enjoyed licensing success in toys, publishing, kitchenware, food, and baby and toddler items. It is being distributed and licensed by Mondo in a number of territories across Europe, the Middle East, Africa and the Pacific region. Hong Kong’s Silverlit, a leading toy manufacturer with many offices around the world, is the global master toy partner.

Robot Trains has already made inroads into the European market, most recently in Italy where season one appeared on DeA Junior, a pay TV channel on the Sky platform, from 4 September, and on free-to-air DTT channel Cartoonito, exclusively through Prima TV Italia from 5 February this year. It will air on Cartoonito from Monday to Thursday in prime time at 7.40 pm with second showings at 2.30pm. Major free-to-air launches are expected in other European countries throughout 2018.

Series two of Robot Trains has already been announced. Mondo TV will not only distribute and license the show in a number of territories but will also be co-producing the new series.

Matteo Corradi, Mondo TV CEO, says: “Robot Trains is both an exciting, innovative show and a property with enormous licensing potential. The next step is the enlargement of the licensing program in the UK market.”