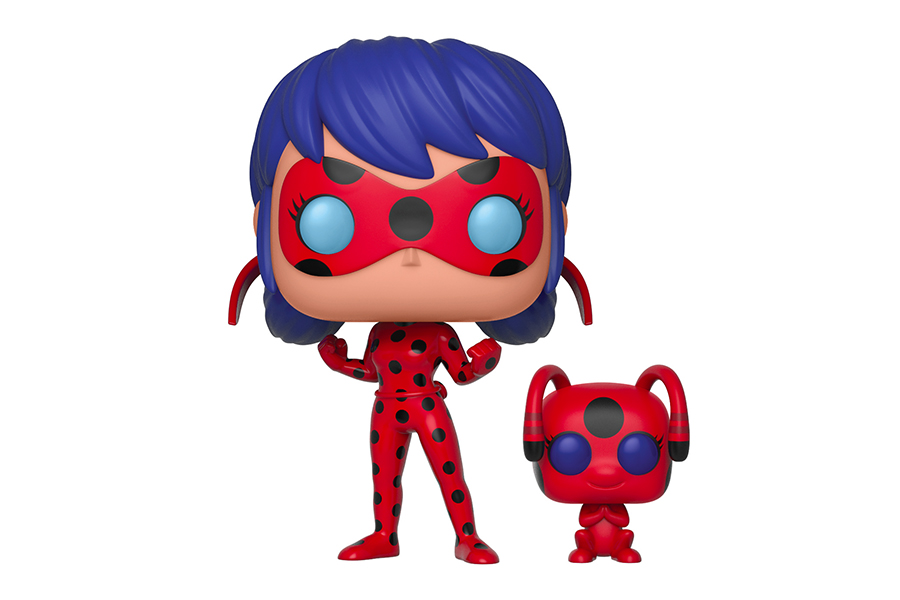 ZAG Signs Pez And Funko for Collectibles for Miraculous

Funko is releasing a must-have trio of collectible “POP!” stylized vinyl figures of the most popular Miraculous™ characters: super hero duo Ladybug with Tikki and Cat Noir with Plagg, along with their antagonist, super villain Hawk Moth. Beginning in May 2018, the products will be available on-shelf worldwide, excluding Japan, China and Korea. “I am delighted to see the Miraculous heroes come to life through popular collectibles created by Pez and Funko.  Offering kids and young adults the chance to get their hands on these fun figures will surely contribute to Ladybug and Cat Noir becoming pop culture icons,” commented ZAG Founder and CEO Jeremy Zag. “We are really proud to collaborate with such illustrious partners.  Funko POP! vinyls are super cool and Pez was always a part of my childhood, and I am overjoyed to know that these new products will bring timeless joy to fans around the world.”

Miraculous™, Tales of Ladybug & Cat Noir now airs in over 120 countries, regularly scoring #1 rankings and lifting overall network ratings with key broadcast partners. Miraculous season 2 started its roll-out in Q4 2017 and continues launching in EMEA, North America and LATAM throughout the first half of 2018. According to recent data released by Parrot Analytics, Miraculous™, Tales of Ladybug & Cat Noir ranked among the top ten kids shows across Europe for the week of September 11, 2017.