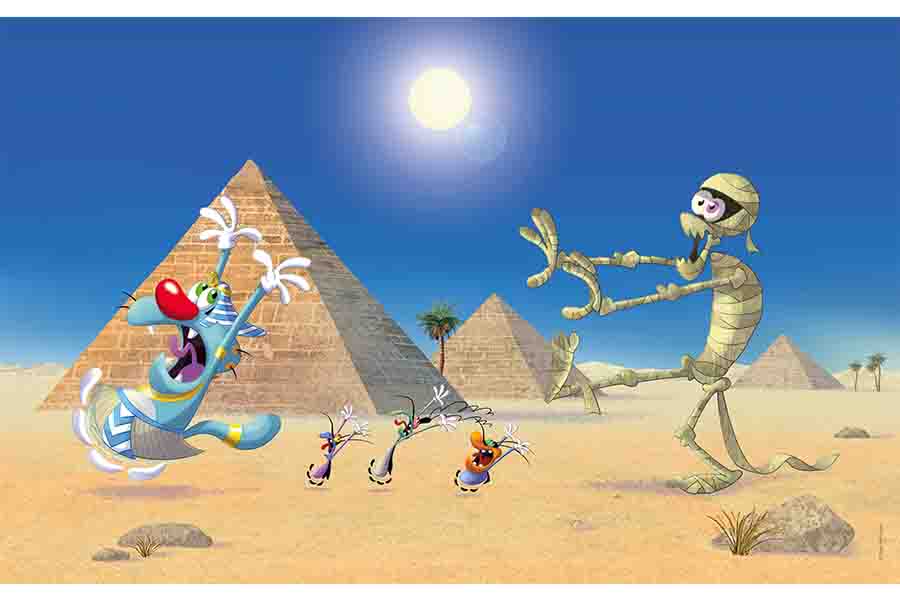 Xilam partners with Nazara to extend Oggy & the Cockroaches Globally.

Xilam Animation is further boosting the Oggy & the Cockroaches brand into gaming with the appointment of Nazara Technologies Ltd, a global mobile game company, in a deal brokered via Xilam and licensing agent, Dream Theatre.

Nazara will launch a raft of new captivating mobile games for younger audiences that underscore the hilarious, entertaining brand values of Oggy & the Cockroaches. The first game is expected to be available in the first quarter of 2018 in Asia Pacific, Latin America and Middle East.

With an ever-growing digital landscape, Oggy & the Cockroaches is reaching new heights and raking up exceptional results on digital platforms throughout the world. The series has a cult following on Facebook with more than 3.5M fans and 1.2M subscribers on YouTube. Partnering with Nazara is only a natural extension of the brand experience.

Marc du Pontavice, Founder and President of Xilam said: “Xilam is eager to expand the presence of its properties in the digital domain. Nazara is one of the leaders in the mobile gaming arena and we’re thrilled to be working together to take Oggy and his friends to new heights in gaming. We’re excited to give kids yet another avenue to become immersed in his cheeky world as we celebrate 20 years of Oggy & the Cockroaches.”

Nazara is one of the leading mobile games company’s in India’s digital landscape, operating in 61 countries across emerging markets, as of September 30, 2017. In India, Nazara has licensed mobile gaming rights to popular kids IPs including Chhota Bheem, Motu Patlu, Mighty Raju, Tinkle characters and Chacha Choudhary among other IP’s including Virat Kohli, Royal Challengers Bangalore and Hrithik Roshan.

Manish Agarwal, CEO, Nazara Technologies said: “With Oggy & the Cockroaches, Nazara will continue to deliver high-quality games for the global market. We have built a strong portfolio of successful games which have targeted young audiences in India over the last two years and now with the Oggy & the Cockroaches IP, we can reach audiences across emerging markets beyond India, by leveraging the global appeal of the show.”

Cartoon Network Asia has scooped up seasons five, six and seven of the series for its channels this year, with previous seasons of Oggy currently running on Nickelodeon, Youku in China and Netflix Asia Pacific (outside China and India).

The series is distributed in more than 160 countries around the world and is watched in 600 million homes.