Hopster, the preschool learning and entertainment app, announced an agreement with nonprofit media and educational organization Sesame Workshop to include a suite of Sesame Street content on the platform in North America and the UK. Available now, the collection includes short-form Sesame Street segments called Global Grover, Count TV and Best Friends.

Relying on its Discovery Learning Map that Hopster developed aligned with a number of early childhood curriculums from around the world, the platform takes pride in featuring shows that are not only fun but have clear educational value. With its focus on research-based early learning, Sesame Street – the longest-running American children’s television series – adds a notable asset to Hopster’s line-up, with new segments that support its mission to help kids learn through the shows they love. 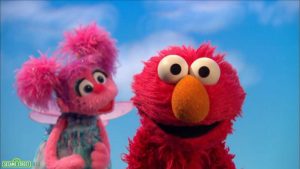 The newly-added Sesame Street segments teach children about the world around them, numbers, basic academics and looking after themselves. Global Grover shows kids the diversity of the world we live in, teaching them to respect different languages, cultures and religions; Count TV teaches simple mathematical concepts and counting; Best of Friends offers important lessons presented by Elmo and Abby Cadabby about dealing with emotions, taking turns while playing, bicycle and road safety and more.

Leila Ingram, Head of Learning at Hopster is excited about the educational value the new shows add to the app and comments: “Hopster’s core mission of helping children learn while they play is, in many ways, like so much preschool entertainment content, inspired by the incredibly high standards set by Sesame Street for nearly fifty years. We are honored and excited to collaborate with Sesame Street and to be able to offer its cherished content to our Hopster users.”

Hopster is offering a limited number of Sesame Street episodes to users free of charge. Additional episodes can be accessed via a free seven-day trial of Hopster’s subscription. Hopster subscribers will get access to all newly-added Sesame Street segments as well as hundreds of further kids’ TV episodes, music, nursery rhymes and learning games.