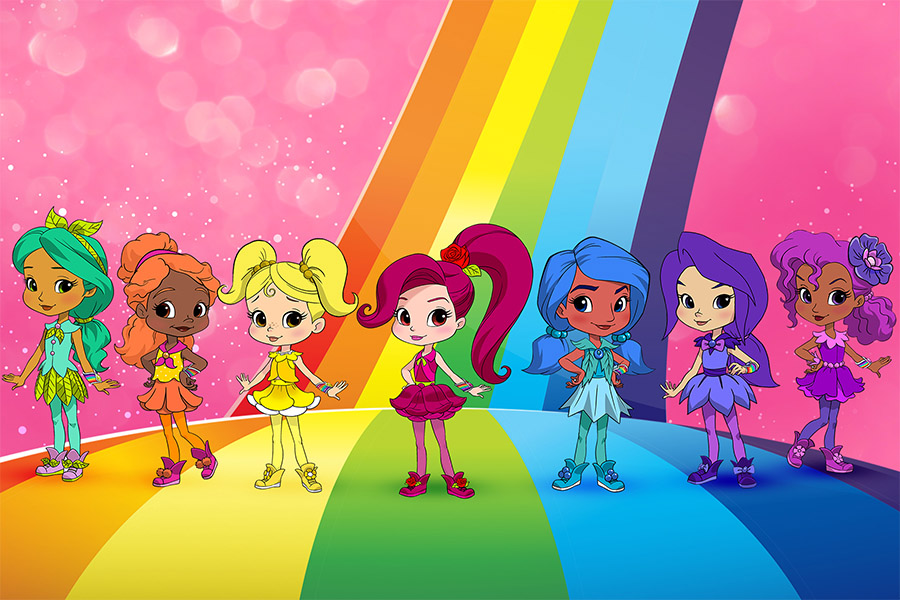 Genius Brands International, Inc. continues to build the global licensing, merchandising and retail program for its highly-anticipated preschool series, Rainbow Rangers, with the appointment of the new master publishing partner for the brand, Imprint, a part of Macmillan Children’s Publishing Group.

“We could not be more pleased with the level of genuine enthusiasm we have received from the licensing industry for Rainbow Rangers, who recognize that we have created a truly special concept that lends itself to a robust retail program,” said Genius Brand’s SVP of Global Consumer Products Lloyd Mintz. “The brand captures the essence of preschool girls with fun mission-based adventures while promoting empowerment, diversity, inclusivity, environmental responsibility and more, and we look forward to working with Imprint and Macmillan Children’s Publishing Group and our other best-in-class licensing, retail and broadcast partners worldwide to bring the magic of the Rainbow Rangers to young fans around the world.”

“Rainbow Rangers is a show based in friendship, with wonderful storytelling layering in diversity environmental awareness, responsibility and exciting adventures. The show is also colorful and full of joy. I am thrilled to be partnering with Genius Brands to translate the empowering themes of the brand into books that will be adapted from the show, and also feature original stories,” said Erin Stein, Publisher at Imprint.

The Rainbow Rangers series follows the thrilling rescue-based adventures of seven 9-year-old girls who are Earth’s first responders – protecting people, animals, resources, and the natural beauty of our world. The girls have their own distinctive personalities and superpowers, and they live in the magical land of Kaleidoscopia at the other side of the rainbow!  Whenever there’s trouble for the people or animals of Earth, our seven heroines zoom into action and ride their Spectra scooters across the rainbow to save the day. We’ll join them on exciting adventures, but also see them at home having the same daily dramas and hilarities as every preschooler watching the show. And at its heart, Rainbow Rangers is about empowering and encouraging girls to take action and make a difference in their own homes and neighborhoods to improve and safeguard the planet. Every viewer — boys and girls — will see themselves in at least one of these strong, unique and empowered Rangers!