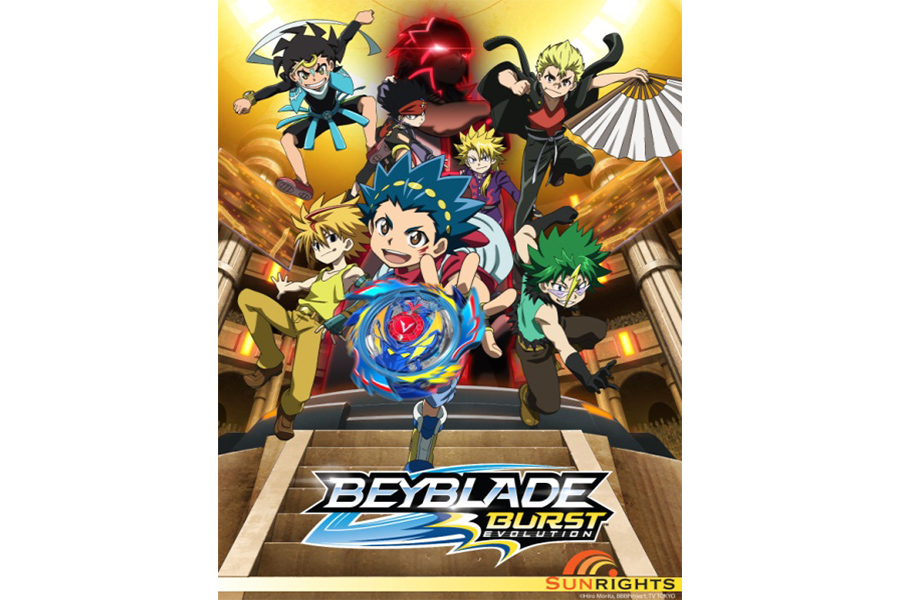 “The response worldwide to the BEYBLADE BURST series from broadcasters, licensing partners and agents, not to mention from the BEYBLADE fans, has been just extraordinary,” said SUNRIGHTS Managing Director Kaz Soeda. “We’re thrilled that Corus and Disney are continuing with the next installment for the brand.”

In the next installment of the BEYBLADE BURST series, the 51 22-minute episodes comprising BEYBLADE BURST EVOLUTON welcome fans back to the world of BEYBLADE, the continuing saga of a group of passionate Bladers who follow their dreams on an unforgettable journey to the top. According to several fan sites, season 1 of BEYBLADE BURST was “absolutely awesome,” and so “wicked.”  One fan or critic concluded: “The next chapter of BEYBLADE BURST will be so amazing.”

Soeda of SUNRIGHTS added: “With Hasbro’s introduction of the SWITCHSTRIKE toy line and the incredible new capabilities it has included in the BEYBLADE BURST app, we are continuing to engage fans with fresh, new BEYBLADE BURST brand experiences.”

Hasbro has also released the next evolution of the BEYBLADE BURST app, now available in the App Store and Google Play.  This next evolution in the BEYBLADE BURST app allows fans to expand their play digitally and battle friends in over 90 countries worldwide through a vibrant global multiplayer mode with leaderboards, personalized profiles, an enhanced digital top selection and the capability of earning achievements to level up from Rookie to ultimate BEYBLADE Master!