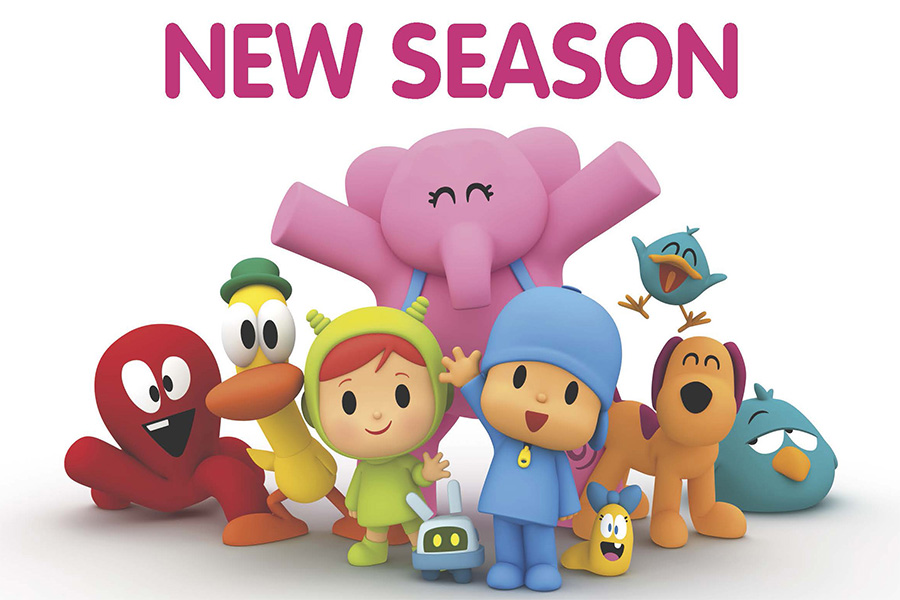 RTVE signed a deal with Zinkia Entertainment at MIPCOM 2017 to broadcast the 26 episodes of Pocoyo’ Season fourth.

Clan TV will show the new episodes of Pocoyo, according to the agreement signed at MIPCOM, the event that took place in Cannes. Pocoyo’ Season fourth will be broadcasted on RTVE’s kids channel.

Pocoyo is a preschool series comprising educational, fun episodes which depict a range of situations in a world of gestures, colors, shapes, and music, and featuring high-impact visual language.

The new episodes of Pocoyo, the animation series aimed at preschoolers and produced by Zinkia Entertainment, will be on Clan TV very soon. The producer signed a deal with the public TV to broadcast the 26 episodes of Pocoyo’s New Season. This is the fourth Season since the launch of the series in 2005.

The TV channel becomes the first television to bet on this content.

The agreement was disclosed during MIPCOM 2017, the big entertaining content market event that took place in Cannes (France) from 16-19 October.