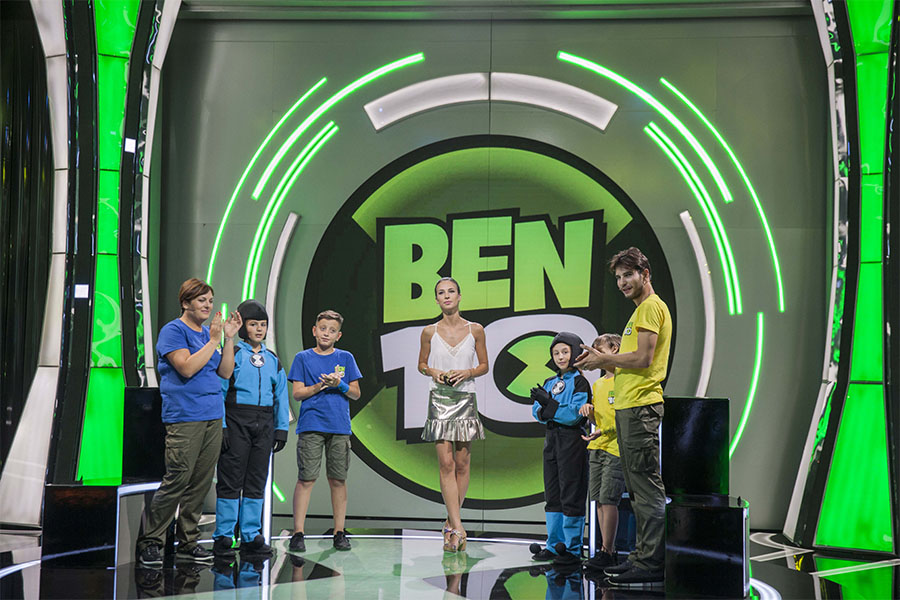 In Italy, the actress and presenter Michelle Carpente leads the programme. Each episode has been challenged by two teams, blue and yellow ones, made of an adult and two kids (representing Ben, Gwen and Grandpa). In each episode, teams have faced a series of challenges to test their speed, strength and knowledge of the Ben 10 series.

The show has got a great achievement reaching an average performance of 156k AMR / 8.2% SHR KIDS and 256k AMR / 1.1% SHR IND. Both the first and the last bet were the most seen in prime time among all the children’s channels particularly in the 20.00-20.25 slot.