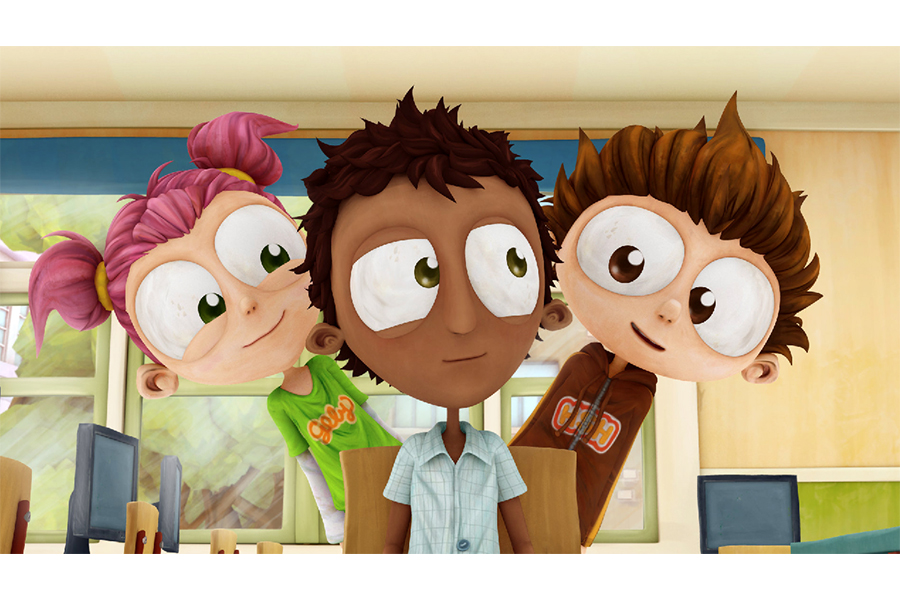 In a major cross-platform extension into publishing, Blue Ocean will create a 36-page magazine to be published on a bi-monthly basis as of the second half of 2018 in Germany, Austria and Switzerland. In addition to story-telling elements like comics and short stories – written in authentic Angelo language and style – the magazine will also comprise diverse activity elements such as quizzes, games, etc), as well as funny tips and  tricks for the school-day, that Angelo and his friends would definitely also enjoy!

Sigrun Kaiser, Co-Founder and CEO of Blue Ocean commented, “The Angelo deal gives us three good reasons to be pleased: to begin with, it is our first collaboration with the unique creative professionals at TeamTO and CAKE; secondly, it is another wonderful license that we can work on together with our longtime partner g.l.a.m; and finally, and most importantly, Angelo – with his unique story and distinctive look – is an exciting addition to our market-leading portfolio, that adds a new and promising facet to our catalogue.”

A division of Hubert Burda Media, Blue Ocean is the fastest growing children’s magazine publishers in Europe putting out over 58 magazines in Germany alone. In Europe it is the master publisher for the LEGO® group and co-publishes more than 500 international magazine editions in 16 European countries. Blue Ocean also produce numerous collectible sticker and trading card series, as well as various digital products.

TeamTO’s Director of Marketing Patricia de Wilde adds, “We are so thrilled to see the licensing of Angelo take off at the same time as the Season 4 launch. Blue Ocean is absolutely the perfect partner to kick-off a new ANGELO era in Germany, with a quality magazine guaranteed to bring new and quirky entertainment to Angelo’s many fans!”.

German brand management and licensing agency g.l.a.m was appointed to represent ANGELO RULES in Germany, where the series has been a massive hit since its launch on partner and broadcaster Super RTL.  With a 4th season launching in 2018, the series has been a consistent ratings winner for the channel, garnering a 30% market share among 6-9 year olds, and exceling on its digital platformwww.toggo.de, which reaches 200,000 children a month.

ANGELO RULES is a TeamTO/CAKE co-production with TeleTOON+ in collaboration with France Télévisions and Super RTL. Based on the French series of books Comment Faire Enrager, written by Sylvie de Mathuisieulx and illustrated by Sébastien Diologent, the magazine deal represents the first major extension of the brand into the realm of European publishing.

Aired in over 100 territories on leading platforms such as Cartoon Network (EMEA, Latin America, Asia), France Television, and Canal +, ANGELO RULES has performed extremely well across the globe – and in the digital space as well: together, the three popular ANGELO games (ANGELO SKATE AWAY, A BUSY DAY and AS THE BIRDS FLY), have had nearly 3 million downloads to date.

The series has been widely recognized within the animation industry since receiving a Pulcinella Award for Best Kids TV Series at the 2010 Cartoons on the Bay Festival. It has also been nominated for awards at the 2013 Emmy® Kids Awards; 2013 Trickfilm Festival; 2012 Anima Mundi; and 2011 BANFF World Media Festival.