For those who work between the licensing and entertainment worlds, to visit the two respective trade fairs in London and in Cannes in just 10 days, allow them to navigate quickly on both sides. For those who are historically attending these events, this year in particular, it has been very clear how entertainment licensing, on the one hand, seeks to confirm and to consolidate what has already been known and tested to re-assure licensees and buyers and how much, on the other hand, TV producers propose new contents and new ways of enjoying the young audience.

MIPJunior and MIPCOM have been rich in interesting novelties and great returns, revisited. Along with TV series confirms, there have been new launches and novelties that already have a story in licensing or they will soon have it. 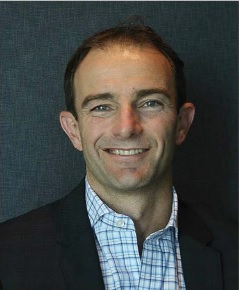 Andy Yeatman, Netflix’s Head of Global Kids Content, dictated the trend. During his speech at MIPCOM JR, he talk about non-linearity of audio-visual language and also about the evolution of the company that has overwhelmed the ranks of world television enjoyment. So the “revolutionary” Netflix definitely enters the world’s audiovisual apparatus and does it in great style. First of all, it confirms the growing investments in original television productions, which appeal not only to an international but also local audience, and which are particularly commercially appealing, focusing on kids target. In addition, Netflix has also understood that a television series, albeit on demand, is not enough to loyalty the young audience and has recently opened a L & M division that will have the task of developing the licensing rights of the group’s original TV productions. An interesting bet and we will comment on its developments in the future.

THE RETURN OF PINGU AND GORMITI. RAINBOW LAUNCHED A NEW PRESCHOOL SERIES

One of the evidences of last MIPCOM was the great return of Pingu, the Japanese property by Pygos Group, proposed in Cannes by Sony Creative Products Inc., and promoted by the Japanese broadcaster NHK. The most famous penguin of the globe, speaking only in gramelot, returns to TV with new adventures. In a more mature market for preschool properties, it will be surely interesting to see the licensing development it will have. 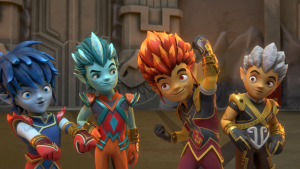 Another important recurrence is the one of Gormiti. The brand-new TV series was launched in Cannes by Planeta Junior and Giochi Preziosi. The renowned brand for children comes back with a new look and design. More comedy than adventure, in the new TV series, Gormiti have become a legend and they are back fighting evils through young and inexperienced heroes. There are also amulets and an evident toys development, well studied within the television series.

Always at MIPJunior, Russian Signal Media launched Heroes of Envell, an animation production which aims to use the transmedia language techniques of the young audience. This is not the first time tv producers try to make these adjustments. The Russian TV series is well-built and could have deserved success through international broadcasters. 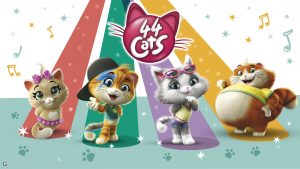 Presenting a promising novelty in the market, Iginio Straffi’s Rainbow launched 44 Cats. The preschool TV series inspired by the famous Italian song by Zecchino D’Oro, has a gang of cute cats as protagonists. Funny adventures and collectible potentialties will appeal the youngest audience. A very cautious 3D and high expectations for a factory accustomed to launch successes on the market.

Xilam is also used to work on successful IPs and this time focused its attention on the new animation series of a great classic, Mr. Magoo, who, revisited by the famous French producer, will surely be a new hit for the international animation market and will be able to talk also to kids.

MIPCOM, like other content based events, is always the ideal place to find the next hit. Amongst the rich offer of the show we have identified some IPs that might be interesting for those looking for TV series to combine with future licensing potentials. 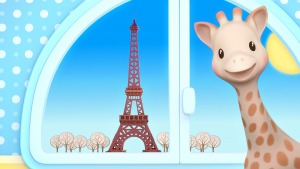 SOPHIE LA GIRAFE. From the sophisticated French brand for babies and already known in the world of licensing, a refined 3D television series was created, proposed by KLB – Karen Levy Bencheton and aimed at the youngest audience. The content is inspired by the Montessori method.

KID AND CATS. Already launched at BLE, APC Kids brought at MIPCOM this delightful 2D preschool series based on values such as family, friendship and learning through the game, and has a group of cats as protagonists. The TV series is already a success in Russia, where books, magazines, plush, toys and more have been developed by now. The TV series is now ready to conquer Europe.

LUO BAO BEI. One of the news proposed by 9 Story Entertainment in Cannes, this is a brand new TV series for a 4-7 year-old target, featuring a young girl with a vivid imagination and always looking to understand the world around her. There are high potentials for further development, starting from characters as the giant Pink Bear, a special friend of the young protagonist, along with the quality of the TV production.

LITTLE FURRY. Mediatoon also offers its novelty to MIPCOM, with a series that does not limit the imagination, thanks to the protagonist of the TV series inspired by the DUPUIS books. French property of international taste and already assured to several European broadcasters. 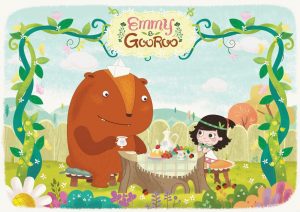 EMMY & GOOROO. An award-winning IP since it was still a project, this sophisticated TV series is produced by Lefy Pocket (Shanghai) and Tomavision (Spain). In each episode the young protagonist is helped in his adventures by a group of cute monsters. The first season was aired in China in July 2017 with a great audience success, also attesting as one of the most popular online content for children.

JING-JU CATS. From China, a comedy adventure TV series where all the protagonists are cats, heroes and fighters, which has already reached 2 million viewers and a total of 1.3 billion clicks on online video platforms in China. Produced by Dazzling Star.

ALPINE STORY. From Switzerland a niche product for mountain and nature lovers. The protagonists are a group of animals, each one representing a European country, for a total of about 20 characters throughout the story. The TV series, produced entirely by MK Production, is in a development phase and by now has been completed the first series, made of 12 episodes.