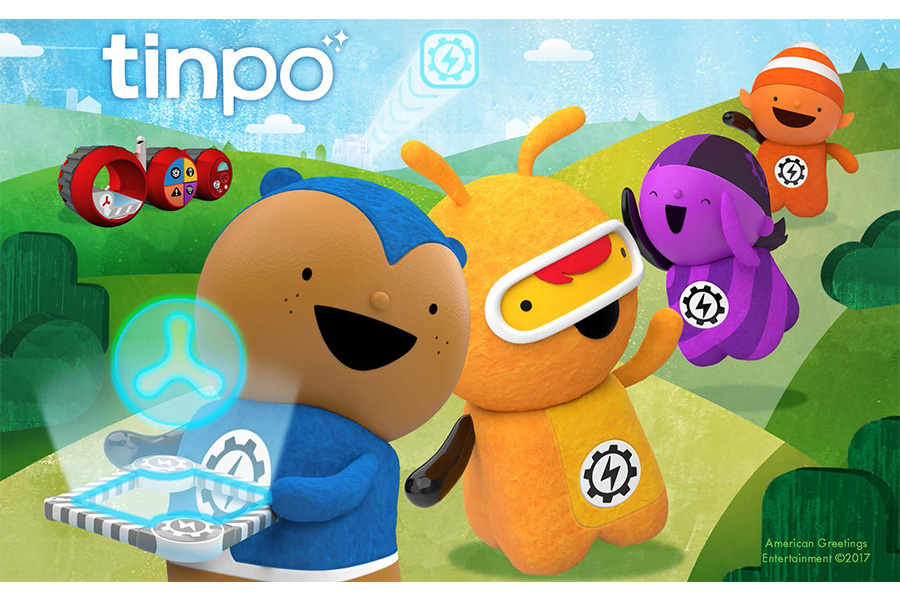 American Greetings Entertainment (AGE), the intellectual property and outbound licensing division of American Greetings, in conjunction with partners Dentsu Inc. and OLM, Inc. and in association with production studios Sprite Entertainment, Inc./OLM Digital, Inc., announce the commencement of Tinpo™, 78 seven-minute CGI episodes of a brand-new fantasy/construction series expected to debut in late 2018 in the UK and elsewhere around the world.

Ordered by CBeebies/BBC in the UK with production occurring in the UK, Japan and the US, the series follows “Team Tinpo,” the heroes of Tinpo Town who as designers and builders think way outside the box as they ideate the most fun ways possible to solve problems in their unique world.

“Team Tinpo’s approach to problem-solving and construction uses comedic trial-and-error that we’ve never before seen in a preschool series,” said Karen Vermeulen, Head of Co-Productions for AGE. “As a master of tech, Tinpo has a device that permits his team to interact with virtual projections so that they may work through the folly of his wild ideas until arriving at the right one for the job.”

“Tinpo™ is an irresistible, fun and funny take on classic themes of construction and problem-solving,” said Jackie Edwards, Head of BBC Children’s Acquisitions and Animation. “And we love that co-story editors/head-writers Davey Moore (Thomas & Friends) and Emma Hogan (creator of Nelly & Nora) have developed a series in which the winning construction plans are never the most practical but rather the most creative, surprising and fun.”

“From an animation perspective, rarely do we see a preschool series with the physicality of Tinpo as he and his team will literally bend the laws of physics to test an idea” said Mr. Toshiaki Okuno, CEO of OLM, Inc. “Both our company and Dentsu, Inc. see Tinpo™ as that rare project that organically infuses original twists with universal preschool themes and as a result, we are confident that this series will have strong worldwide appeal.”