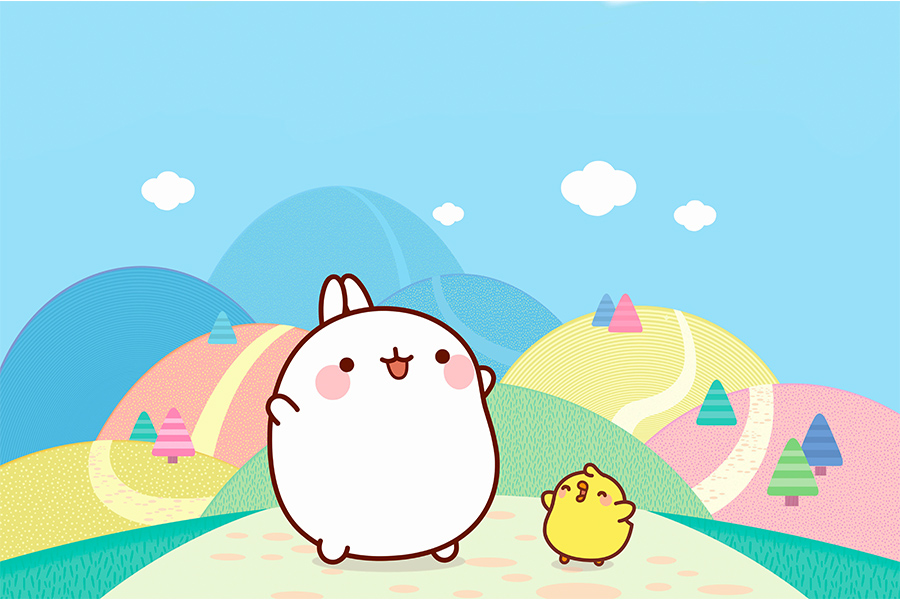 Click Distribution has signed for fashion jewellery and accessories; DJ Murphy is on board for multi-character magazines; Poetic Brands has confirmed for adult daywear; and Smith & Brooks will create children’s daywear.

Brand extension and strategy agency Licensing Link – which manages the licensing programme in the UK and Ireland for the Molang brand on behalf of worldwide licensor Millimages – has welcomed a further four licensees for the cuddly, funny, kind-hearted rabbit whose animated series is a massive online and TV hit.

Click Distribution has signed for fashion jewellery and accessories; DJ Murphy is on board for multi-character magazines; Poetic Brands has confirmed for adult daywear; and Smith & Brooks will create children’s daywear.

Molang and his best friend Piu Piu first came to the world’s attention on the personal blog of Korean illustrator Hye-Ji Yoon, quickly becoming popular through instant messaging apps. French animation and production studio Millimages then gave Molang his own TV show, which is strongly based on visual humour (Molang and his friends speak a language entirely of their own). To date, 156 three-and-a-half-minute episodes have been made.

TV exposure extends to more than 200 countries worldwide, with high ratings in a number of countries – most notably France, the US and the UK – while Molang is also enjoying enormous success on YouTube and apps, as well as a massive social media presence.

“We are very excited to have these partners joining the Molang licensing programme,” said director of Licensing Link, Ian Wickham. “Both Molang and the TV show are ramping up across Europe with the addition of Boomerang added to Cartoonito as platforms here in the UK and TF1, the biggest free to air broadcaster across Europe, just starting its commitment to all 156 episodes in France. Molang will be appearing at stand B36 at Brand Licensing Europe, so please come by to discuss further opportunities for this growing property.”