Sony Pictures Consumer Products will be exhibiting from Stand E35.

Sony Pictures Consumer Products (SPCP) is heading to Brand Licensing Europe 2017 (BLE 2017) with an exciting line up of film licenses, featuring new properties and enduring franchises all of which include partnerships with top tier licensees and retailers around the world. 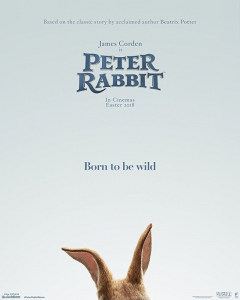 The live-action CGI film adaption of Peter Rabbit leads the 2018 presentation slate this year, followed by Hotel Transylvania 3, the next film in the highly successful franchise which now includes a hit animated television series on the Disney Channel.

And finally, the highly anticipated theatrical release of Barbie – one of the world’s biggest and most iconic brands – that will now be a live-action major motion picture. SPCP features a strong and diverse brand portfolio that includes some of the most celebrated classic films including Ghostbusters, Groundhog Day, Men In Black, Charlie’s Angels, Karate Kid, Starship Troopers and Taxi Driver among many others.